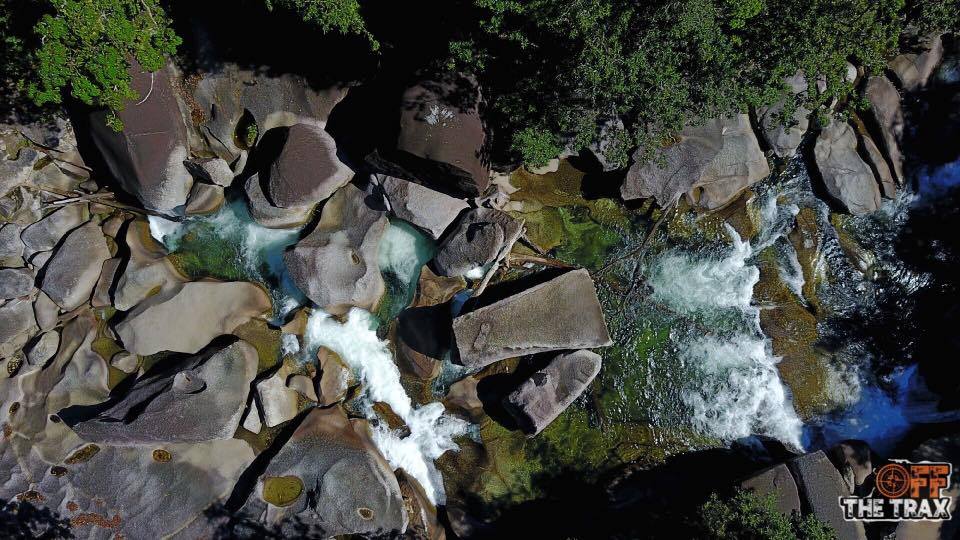 Surrounded by lush rainforest and set against the backdrop of Queensland’s highest mountain (Mt Bartle Frere), Babinda Boulders is a popular swimming hole and tourist attraction. 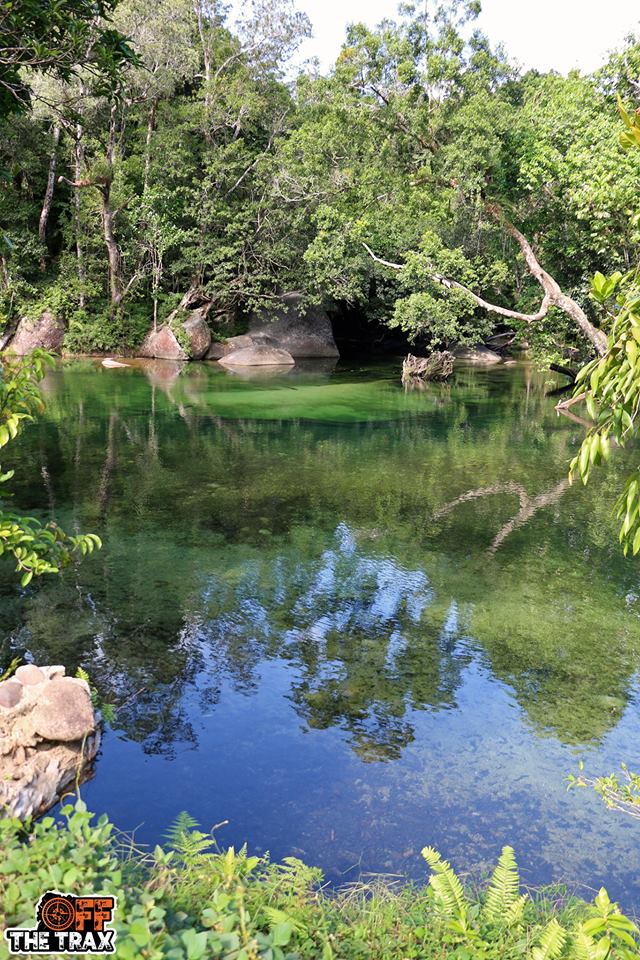 Devil’s Pool Legend:
The Babinda Boulders is not just a beautiful swimming hole, but also the site of a Dreaming legend. According to aboriginal legend a beautiful girl named Oolana, from the Yidinji people, married a respected elder from her tribe named Waroonoo. Shortly after their union another tribe moved into the valley and Oolana falls in love with a handsome young man from the visiting tribe. His name is Dyga. As their forbidden love blossoms, Oolana and Dyga run away together. When the two tribes learn of their disappearance, they go in search of them. The lovers are soon captured. As Dyga is dragged away, Oolana breaks free of her captors and, knowing she will never be with her true love ever again, throws herself into the deep waterhole. As she hit the waters, her anguished cries for her lost lover turned the still waters into a rushing torrent and the land shook with sorrow. Huge boulders were scattered around the creek and the crying Oolana disappeared among them. Aboriginal legend says her spirit still guards the boulders and that her calls for her lost lover can still be heard. 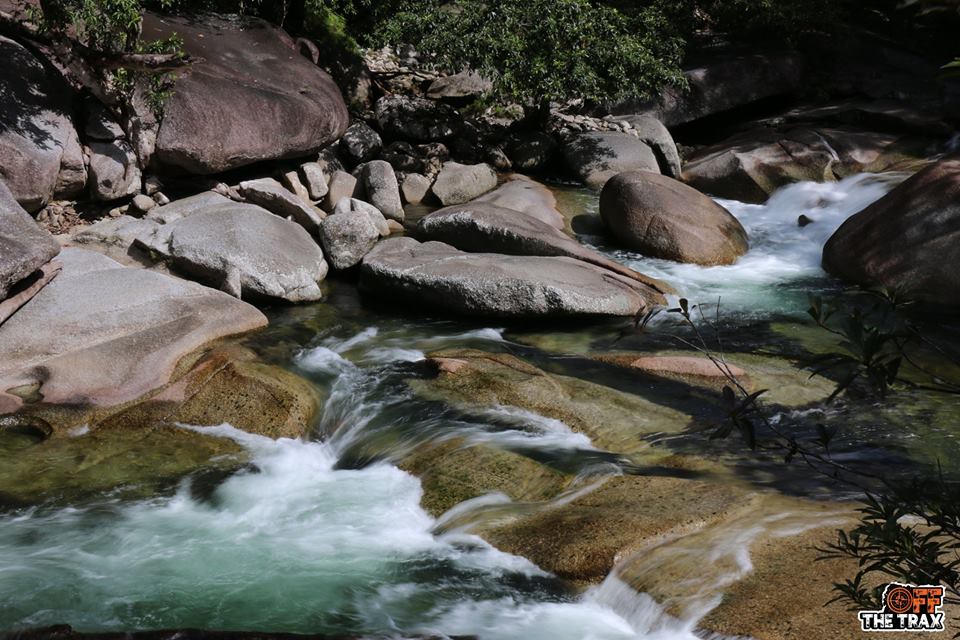 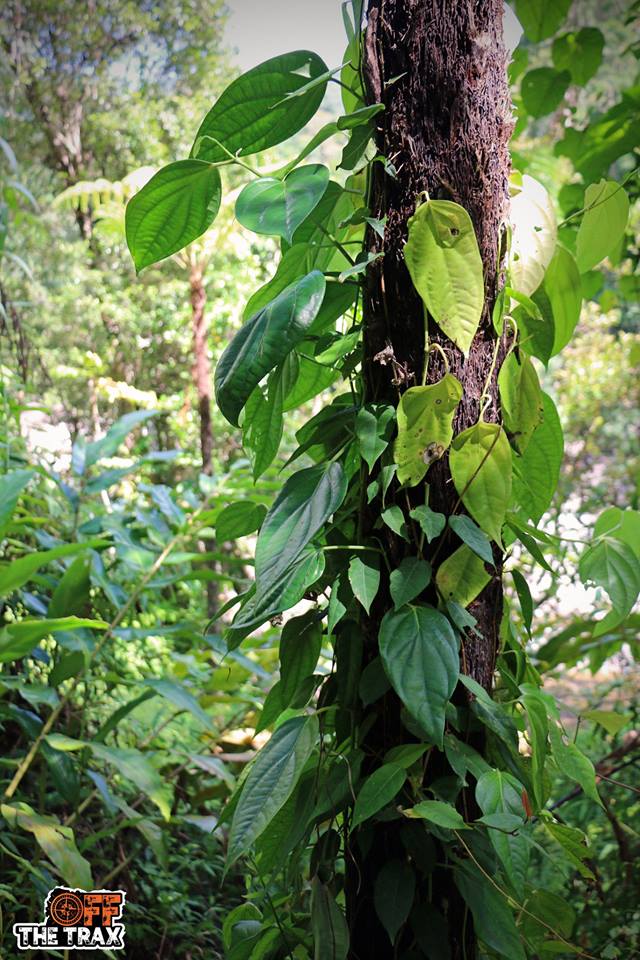 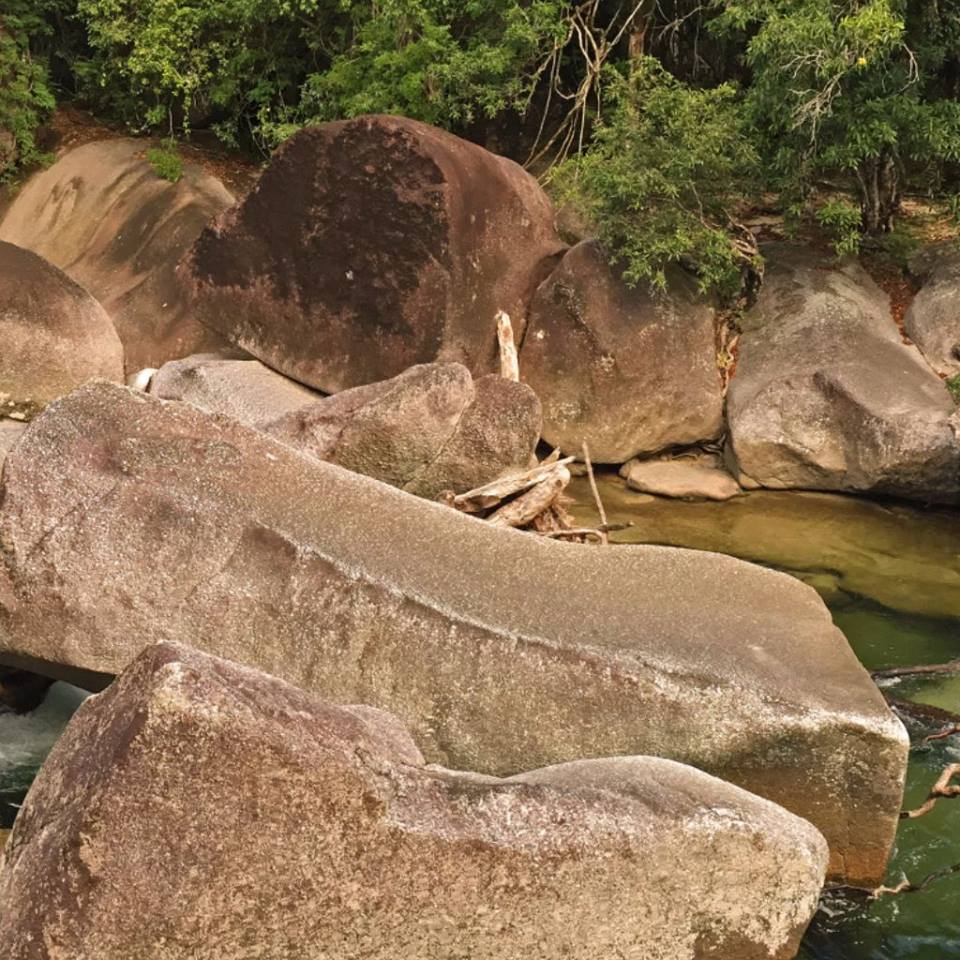 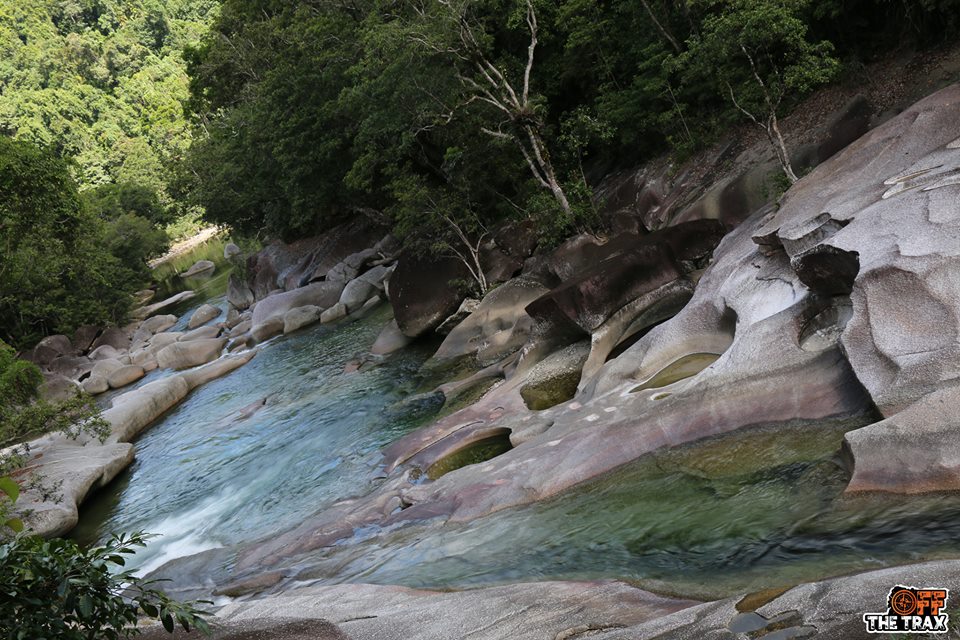 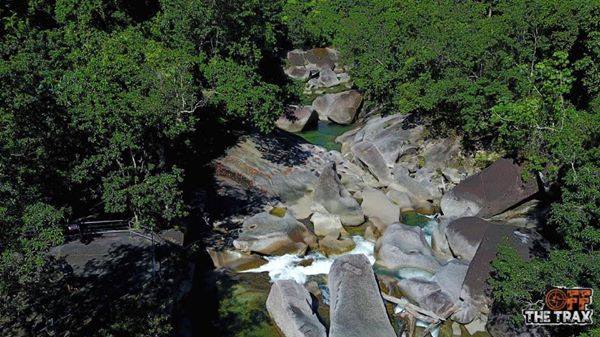 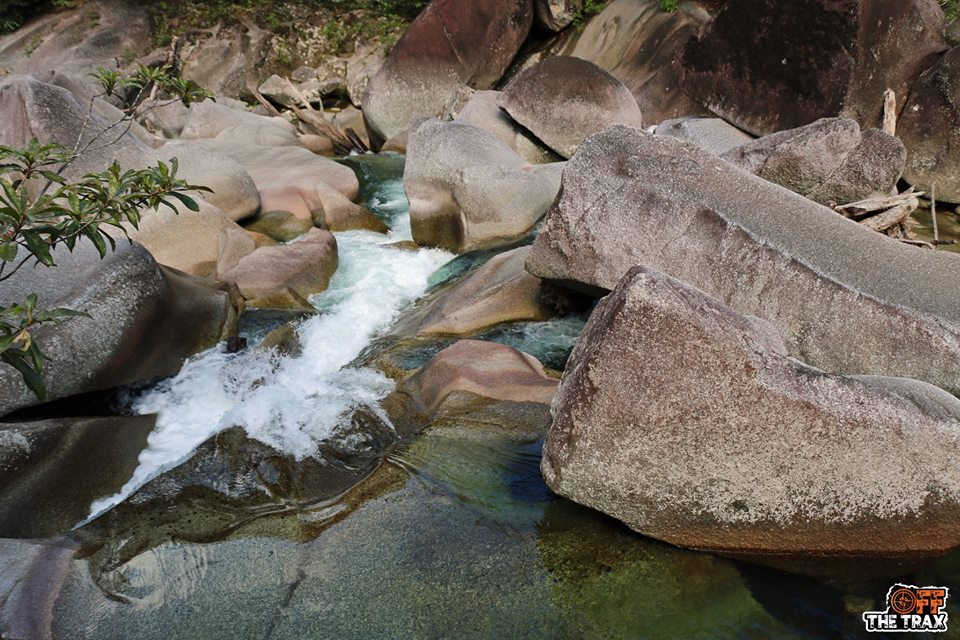 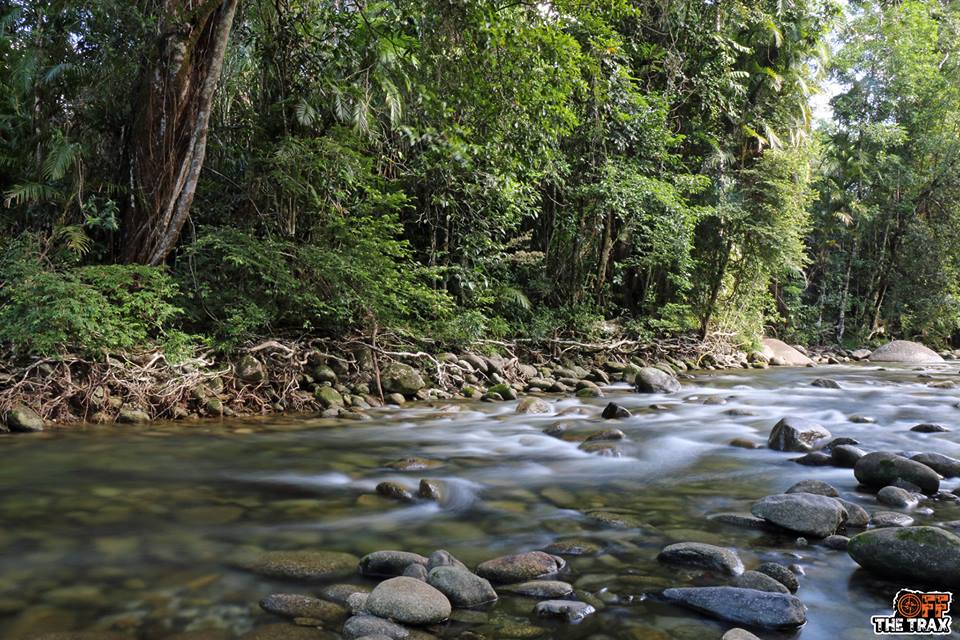 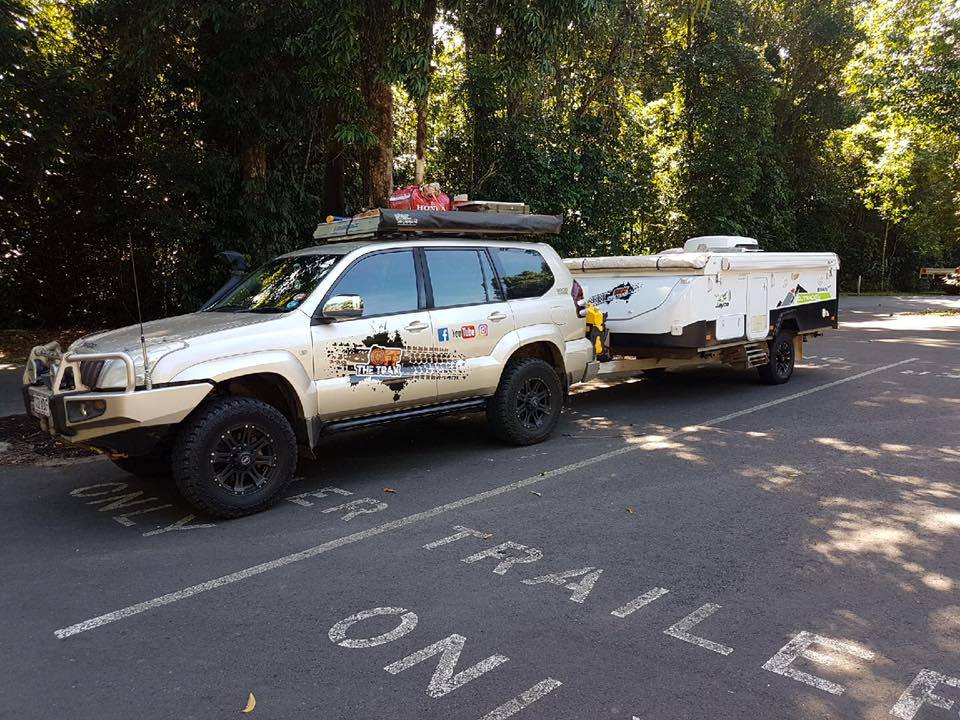 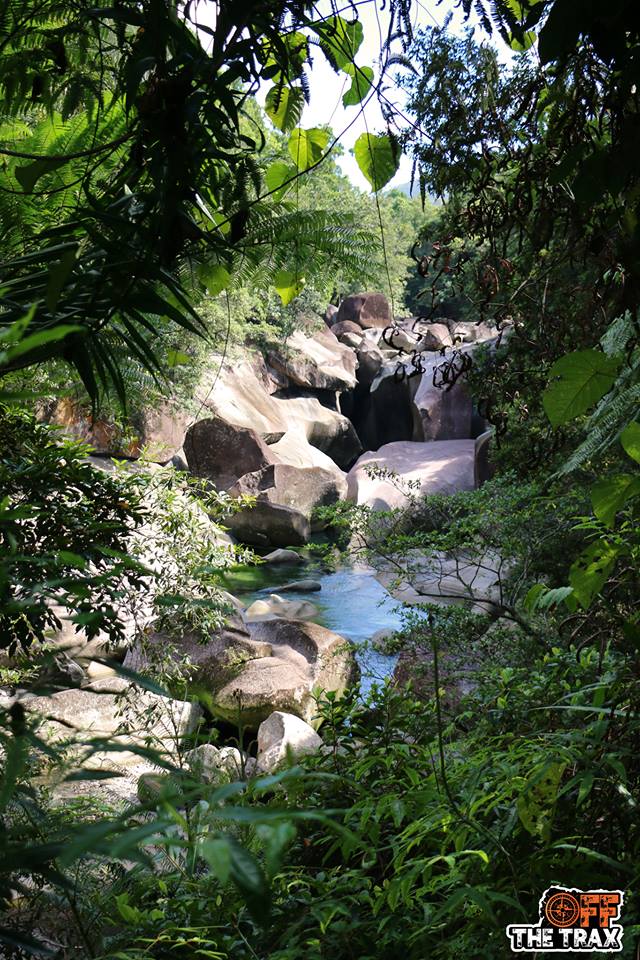 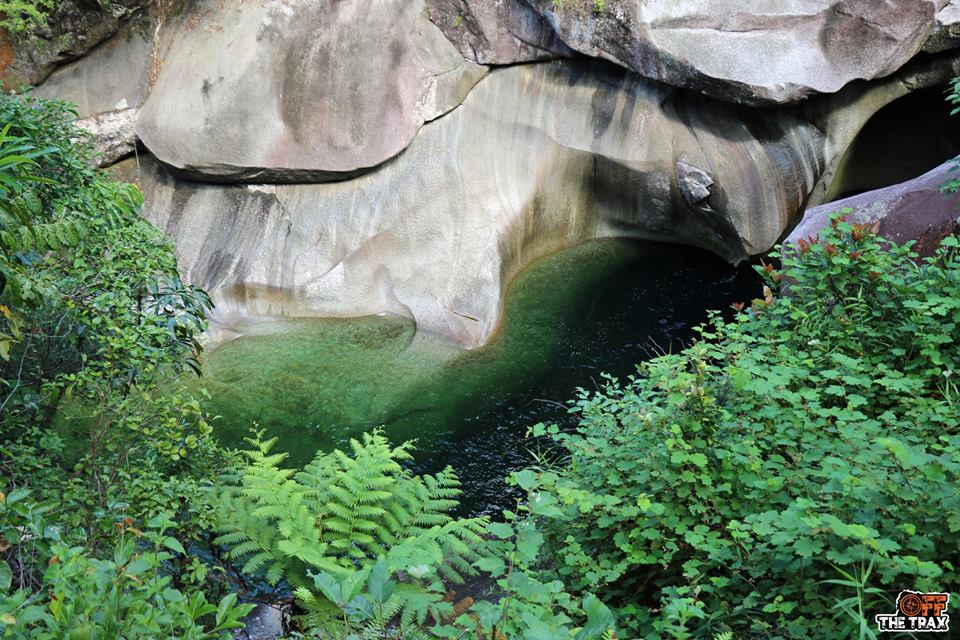