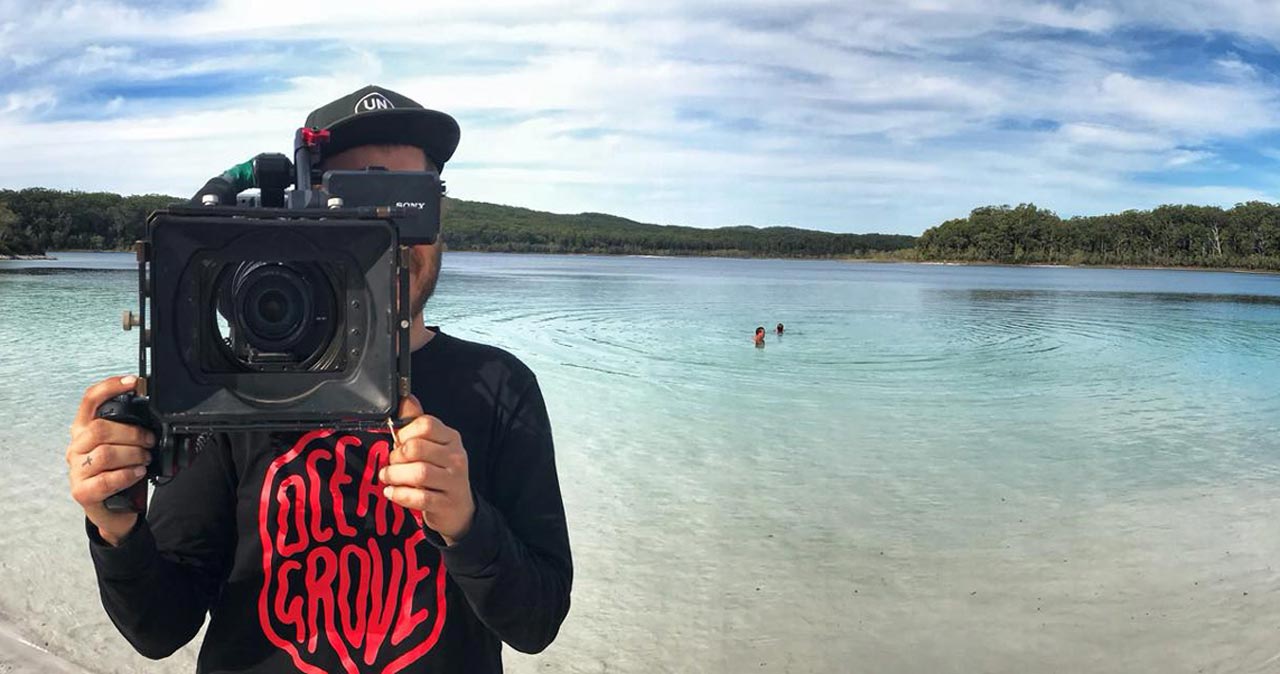 Our family appeared on three episodes of Camper Trailer Lifestyle which was filmed in July 2018 and aired across television screens nationally on OneHD.

The show is hosted by well known camping/4WDing personalities Alicia, Borgy and Macca and explores the rewarding lifestyle that comes with owning a camper trailer. They present tips, tricks and techniques to make the most of your camper trailer all whilst showcasing some spectacular locations.

Being located in South East Queensland at the time, we were invited to join the crew for a “Queensland Beaches” camping adventure. For the duration of the filming our task as a family was to put three different hybrid camper trailers to the test. We would be towing, using and reviewing each. It’s probably tough to think of a better suited trip for us to trial and put the campers to the test, given Bribie Island was a regular weekender for us at the time and we got over to Fraser Island as often as we could as well. 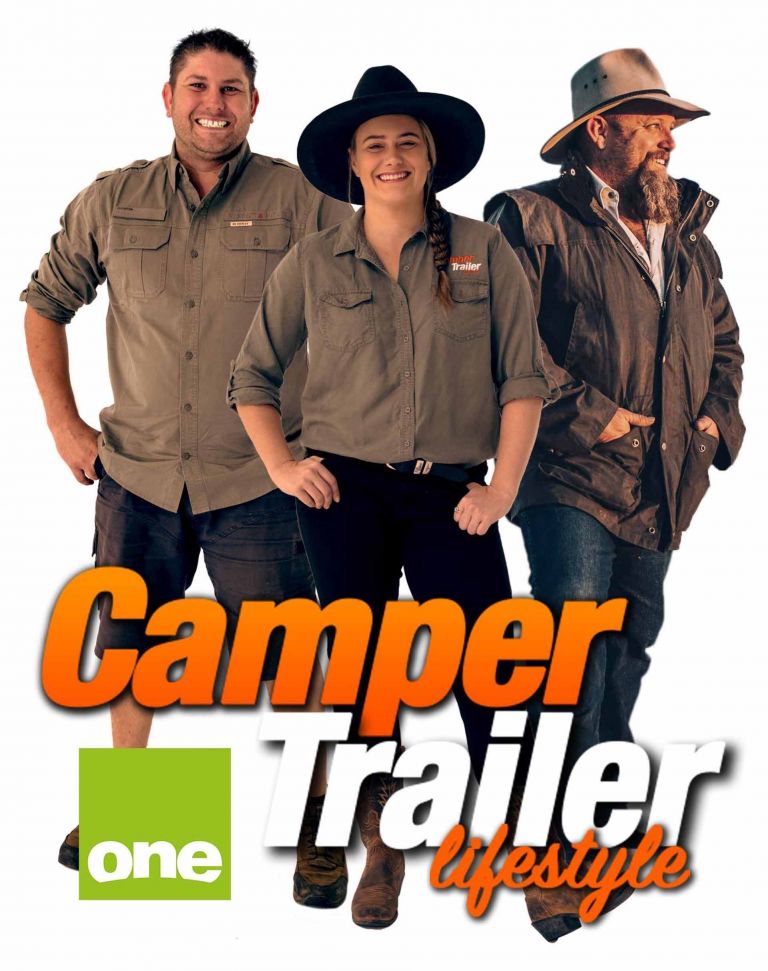 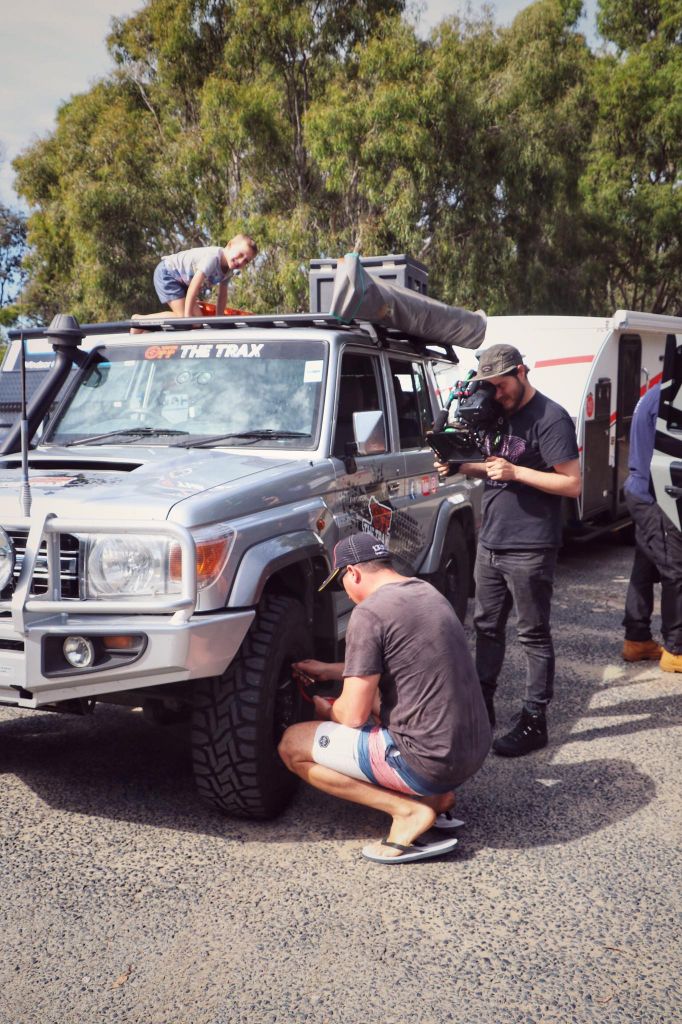 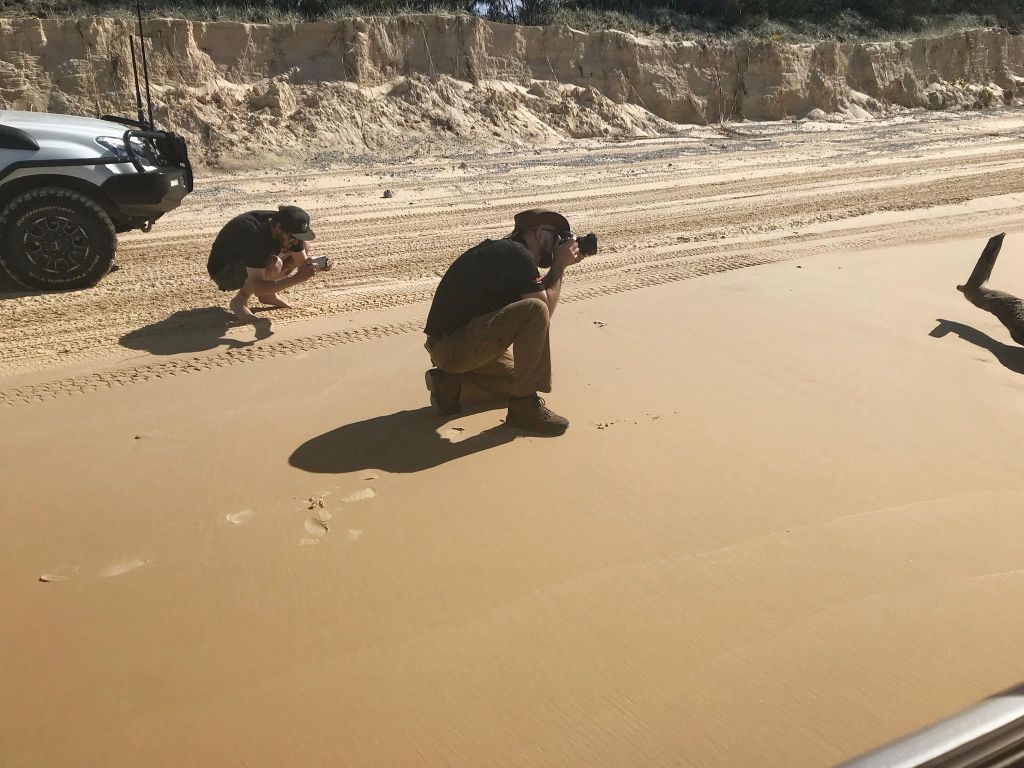 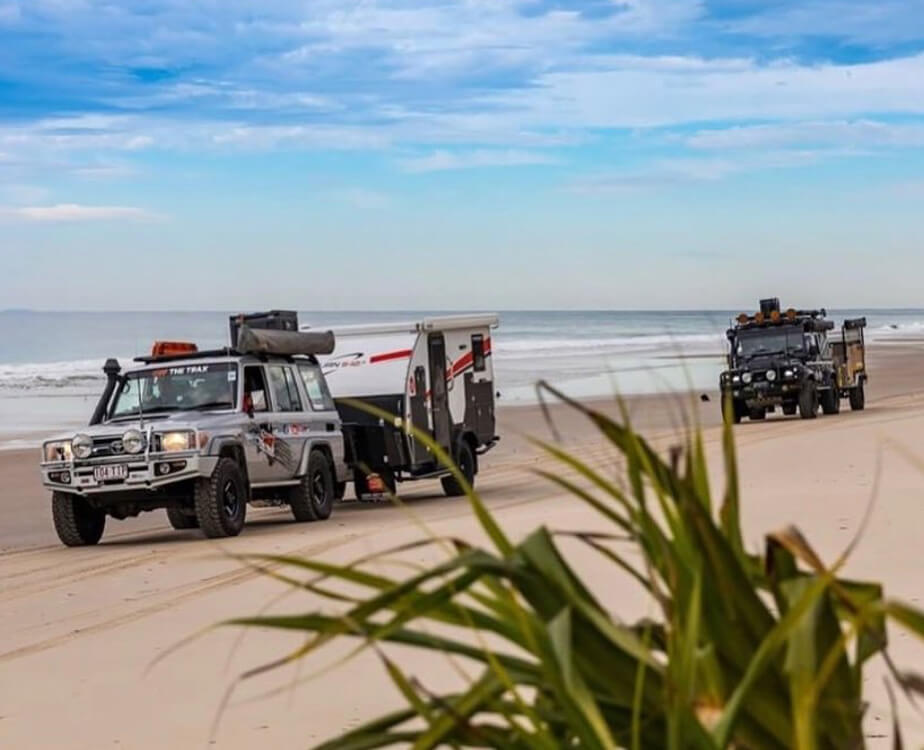 After our initial introductions with the cast and crew over dinner and drinks at the Sandstone Point Hotel, it was an early start the following morning from Woorim. We kicked off by hitching up the Mars Saturn camper which was the first set up we’d be trialling. As we aired down, the guys set about hooking up the in car camera and external cameras on the vehicles for filming and then we hit Ocean Beach. The Queensland sunshine was in full force providing a warm welcome to the southern crew and we all lapped it up as our convoy headed up the sand. We pulled into one of the lagoons where the kids splashed about and revelled in the novelty of their new stardom as the cameras followed their antics. From there we headed further north along Ocean Beach to the camping area to set up for the night. Setting up it felt as if we had a brand new camper as we awed at all the great features, the USB ports, ensuite and other luxuries. 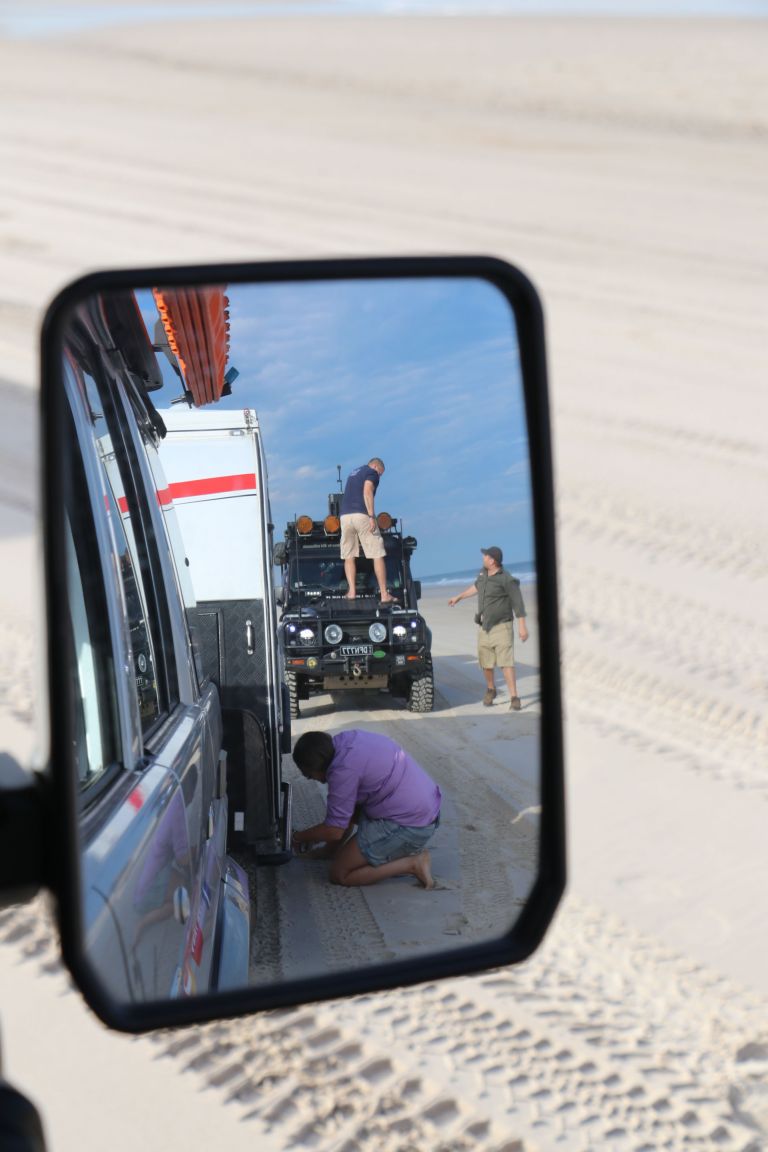 After a great night’s rest in our borrowed home on wheels, we set off again to visit the WWII bunkers along the beach before we tackled the soft sand of the inland track to get to our next night’s camp at Poverty Point. Enroute we spotted a beautiful python by the side of the track, travelled through a controlled burn and were then greeted by wallabies once we hit the campsite. Somewhat familiar with the Mars Saturn camper trailer now our set up was even quicker and then it was a camp oven dinner as we sat around the campfire listening to the sweet tunes of Borgy’s guitar. 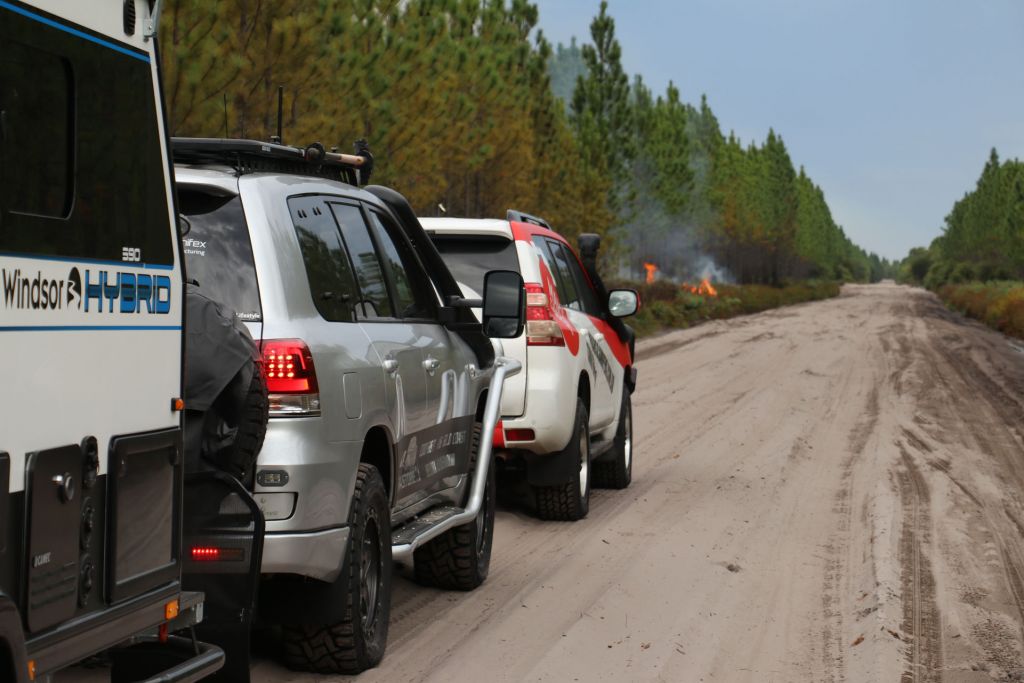 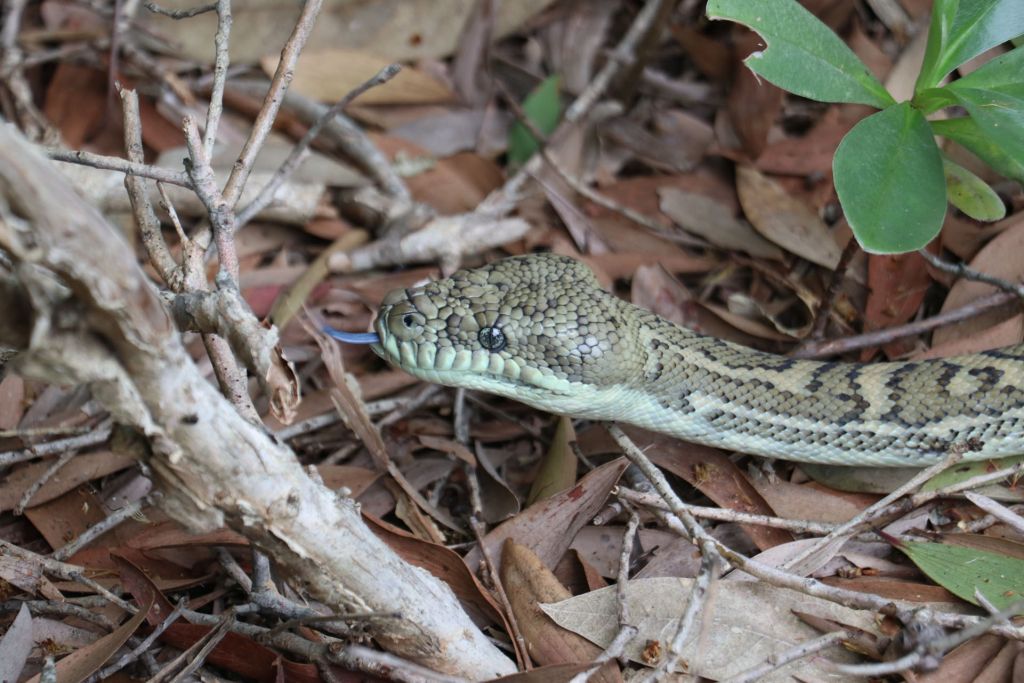 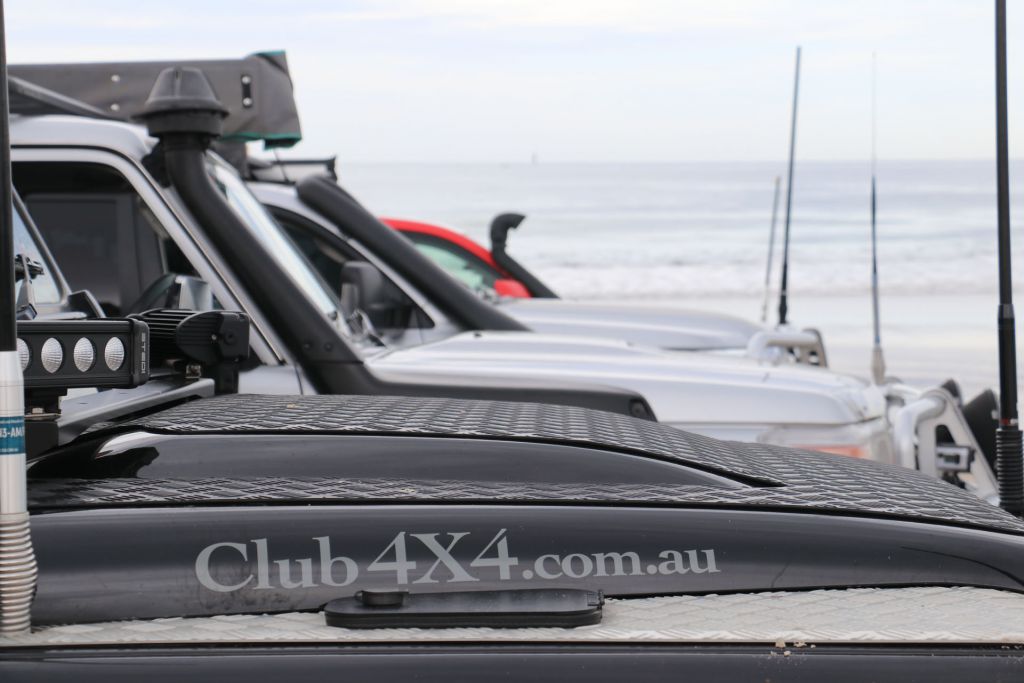 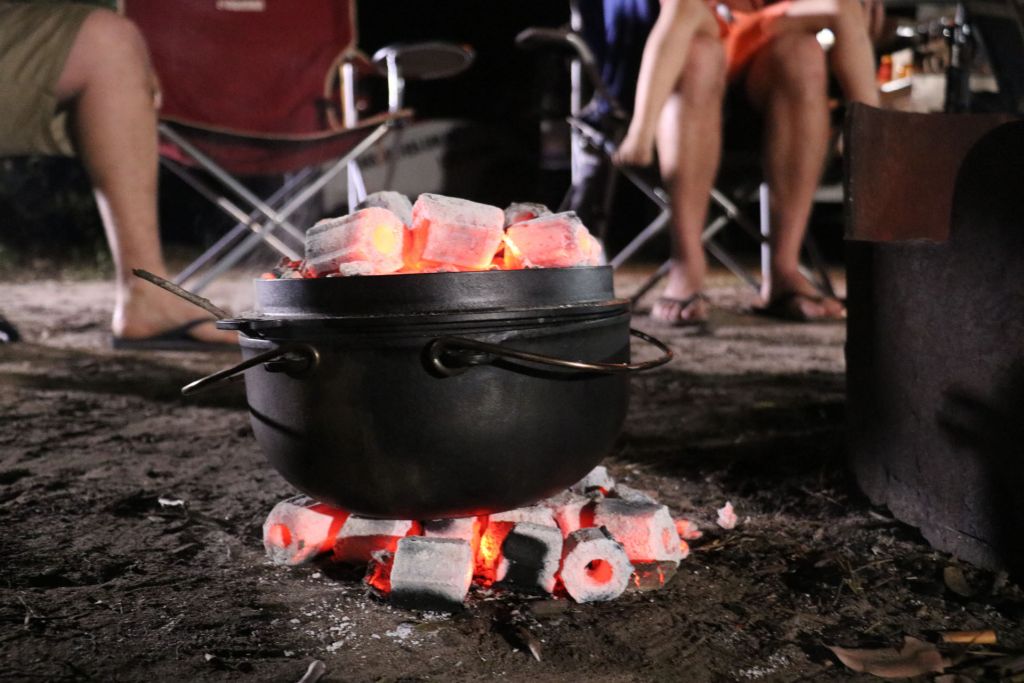 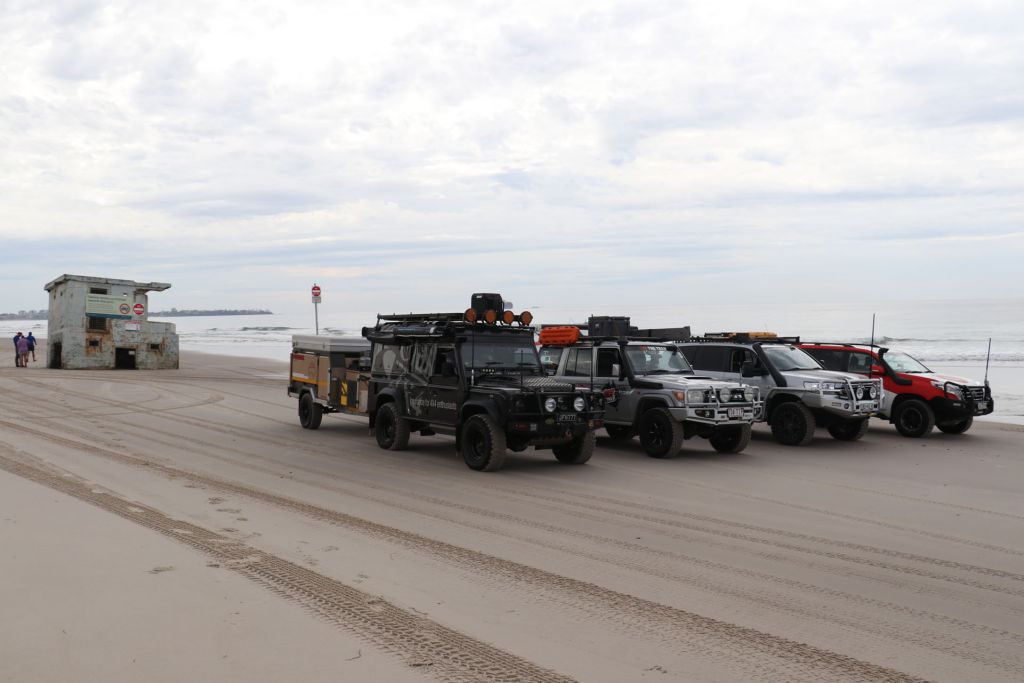 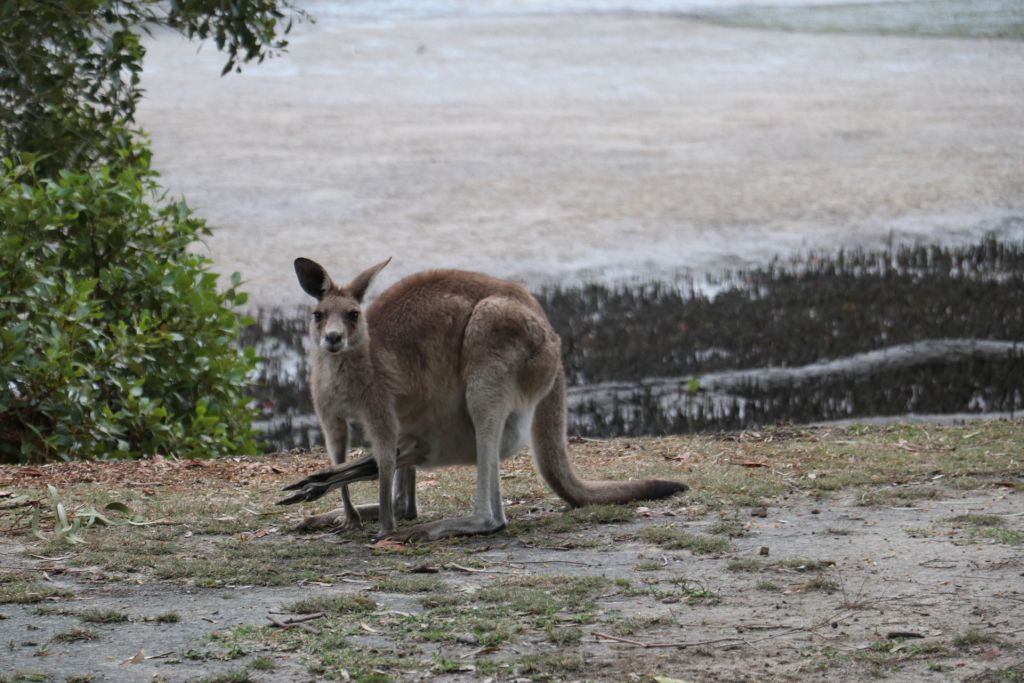 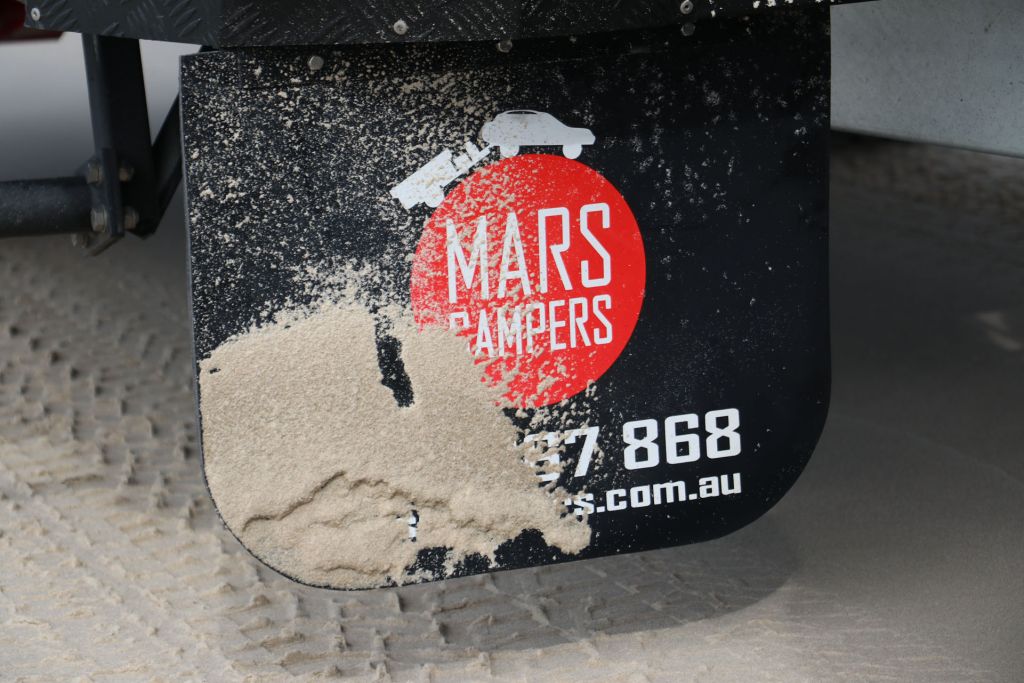 Saying goodbye to Bribie Island, it was then time to hit the blacktop again and we headed north up the Bruce Highway with thoughts of Fraser Island on our minds. and arrived at Inskip Point to a stunning sunset over the water.  This would be our camp for the night before we hit Fraser Island the following day. We were towing the Windsor Hybrid by this stage and we managed to escape Inskp without the notorious “I got bogged at Inskip Point” scenario playing out so that was already a bonus in our eyes! 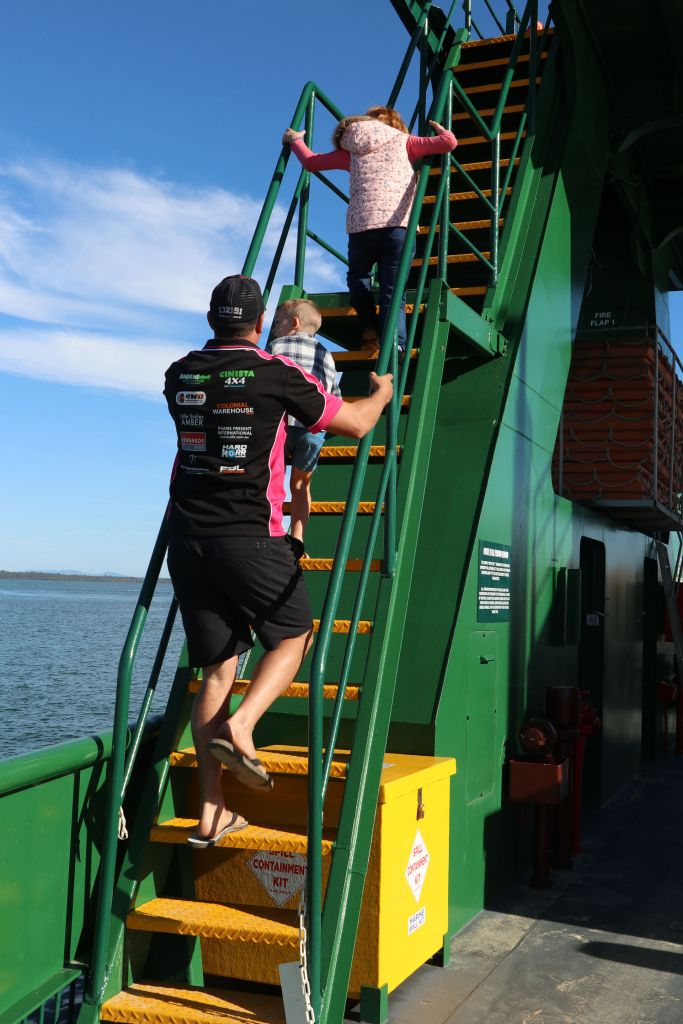 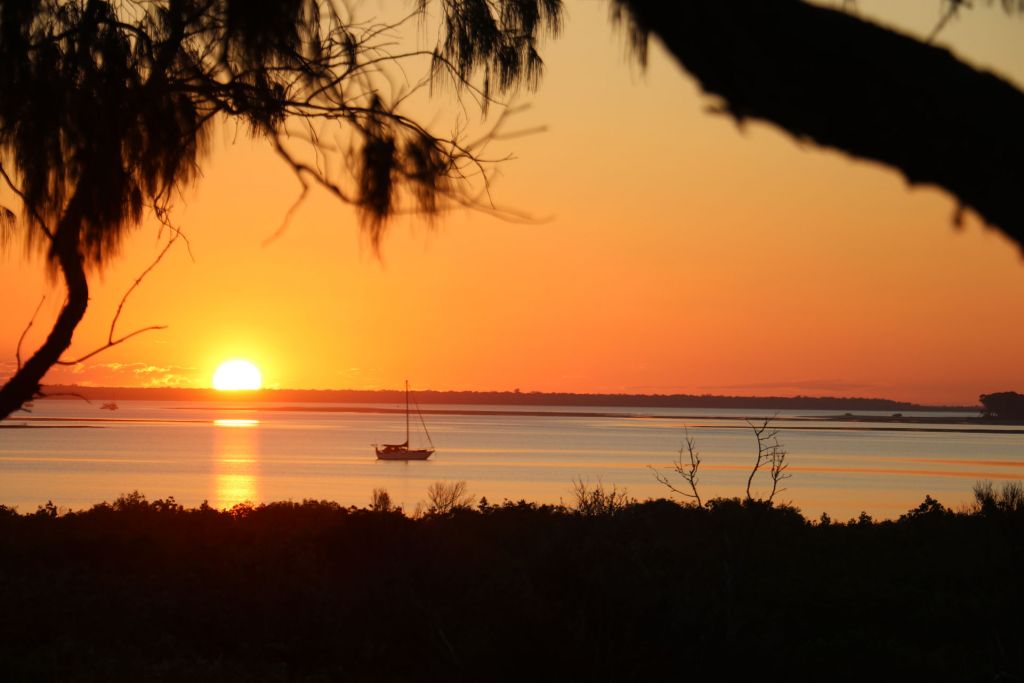 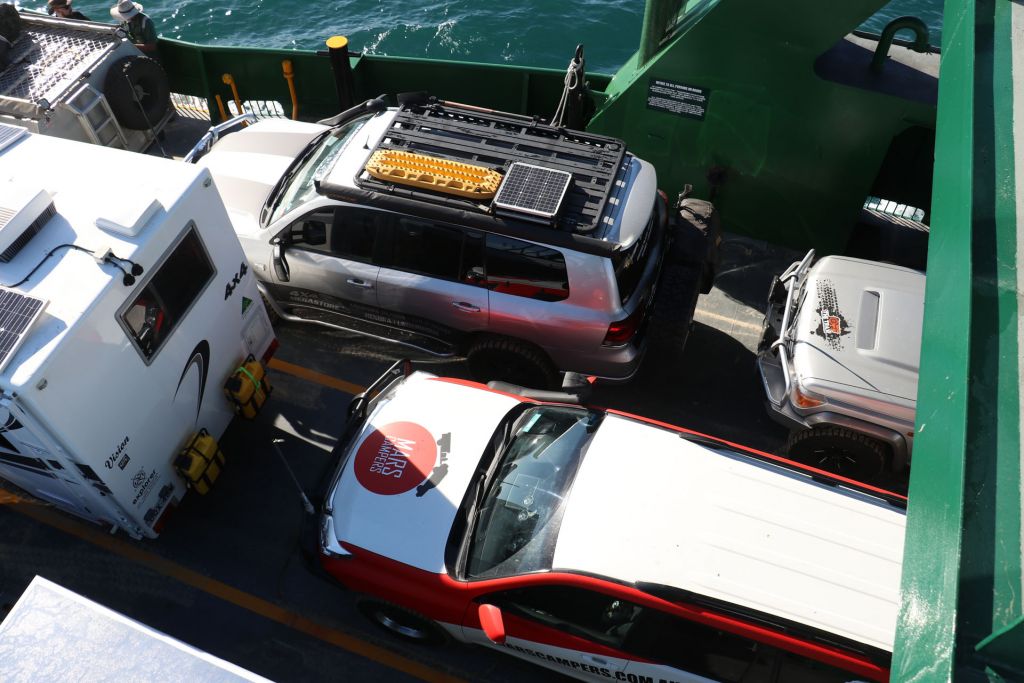 It was only a short ferry ride over to the shores of K’gari (Fraser Island). We had a busy time on the island with our initial stay at Dilli Village, another night beach side near Happy Valley, a visit to our favourite campsite Cathedrals on Fraser and a final camp at Waddy Point. We managed to fit in visits to all the tourist hotspots such as Lake McKenzie, Eli Creek, Champagne Pools as well as lesser known spots such as Lake Birrabeen and Lake Boomanjin which are still spectacular in their own rights but minus the crowds. 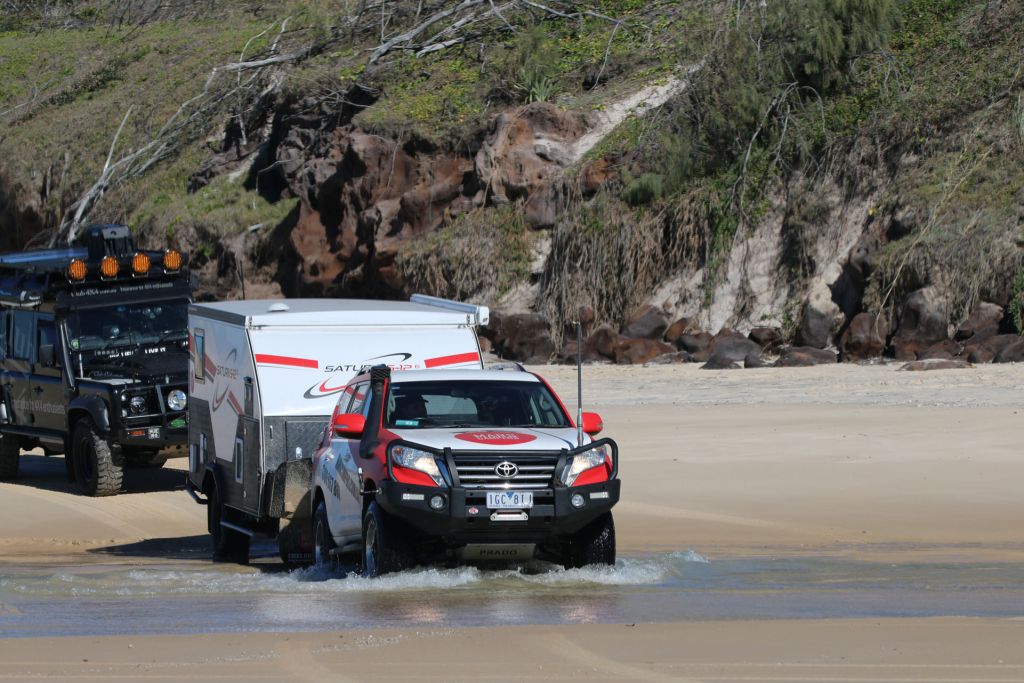 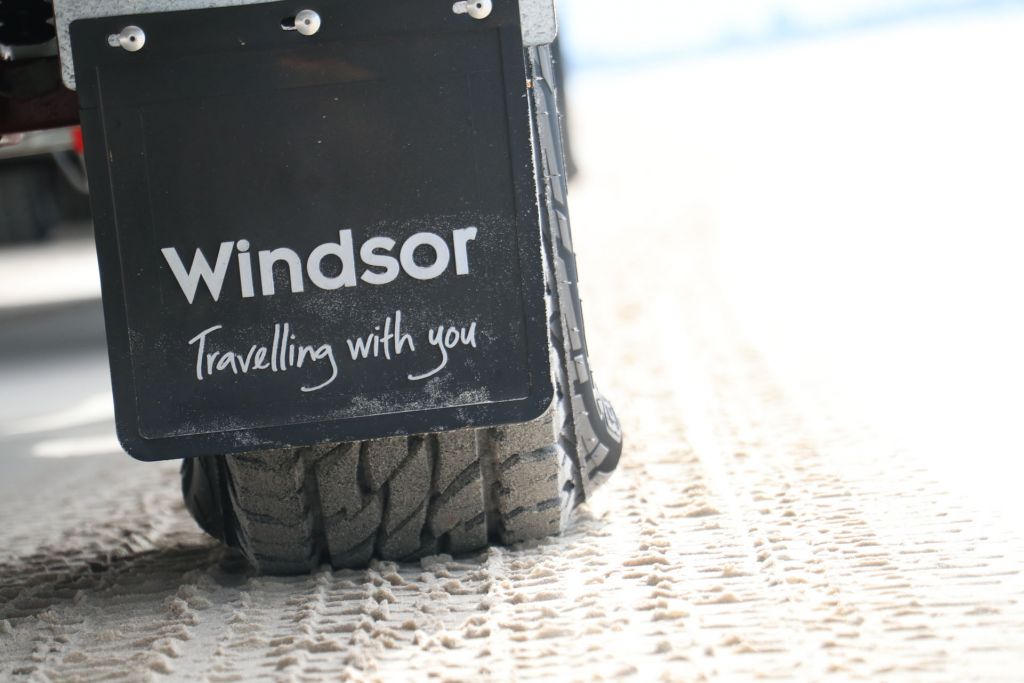 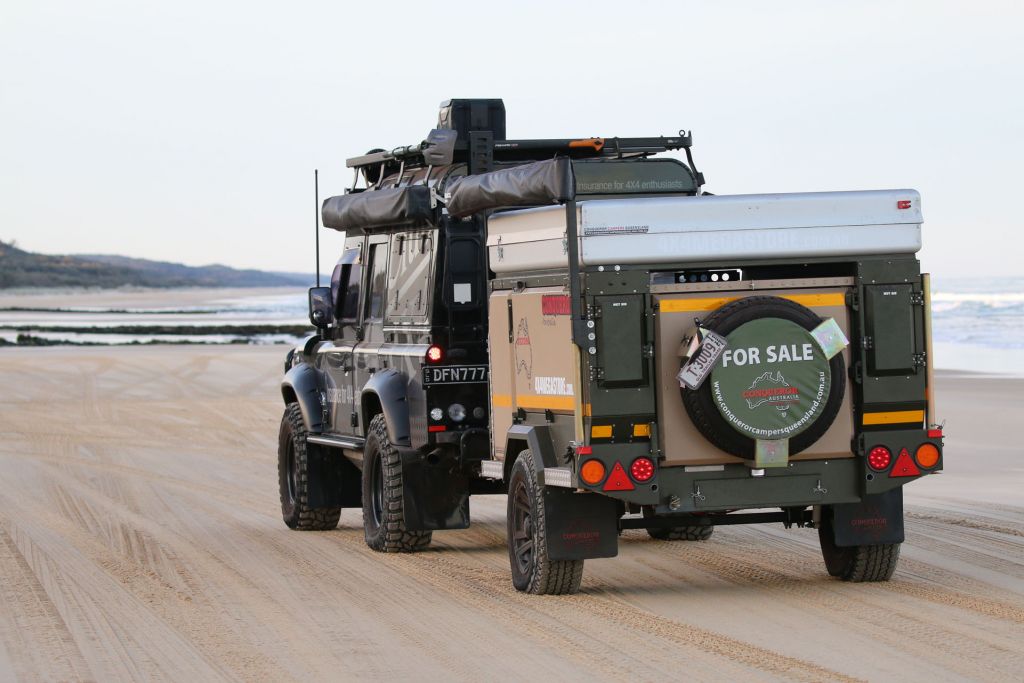 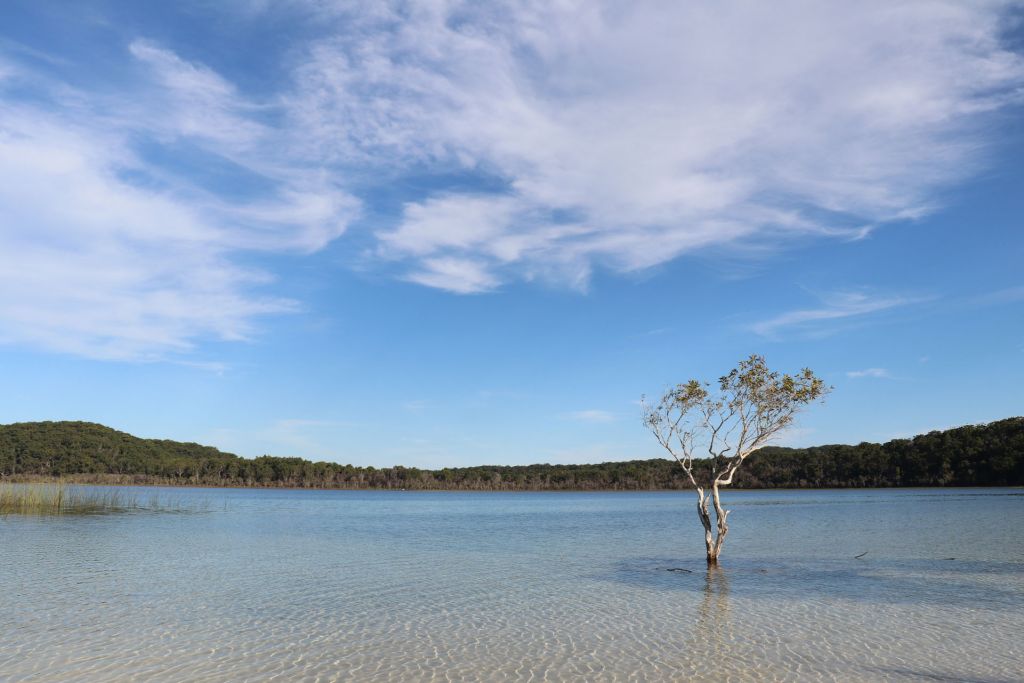 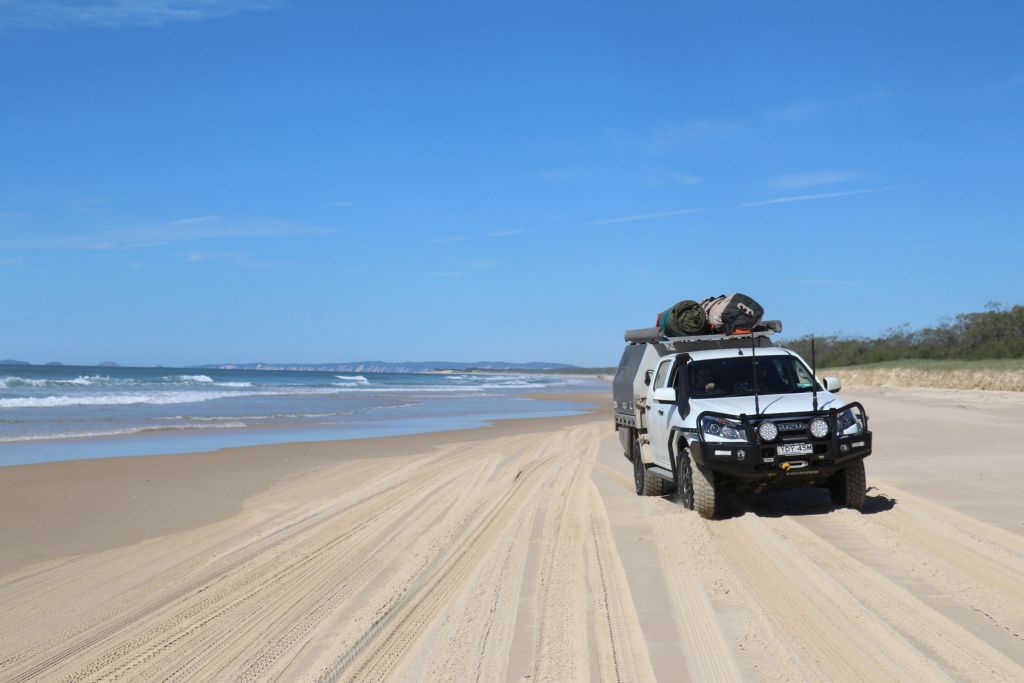 During our time on Fraser we also had the opportunity to trial the final camper trailer for the trip which was the Conqueror and it came complete with a wine bar. We’re not kidding! 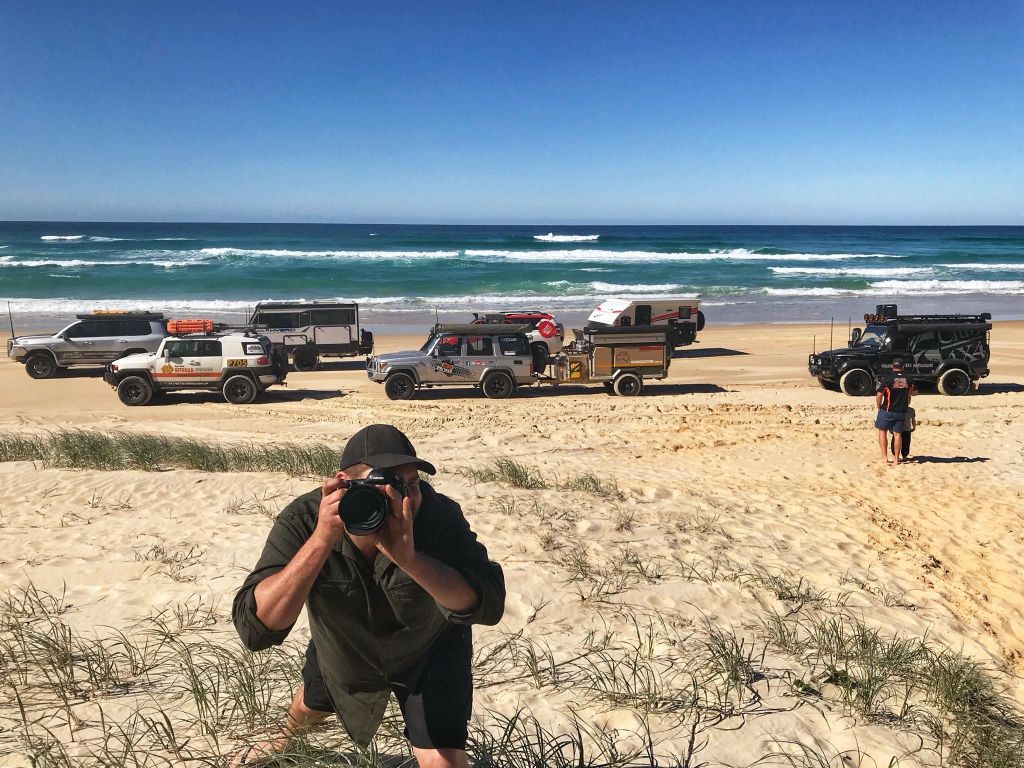 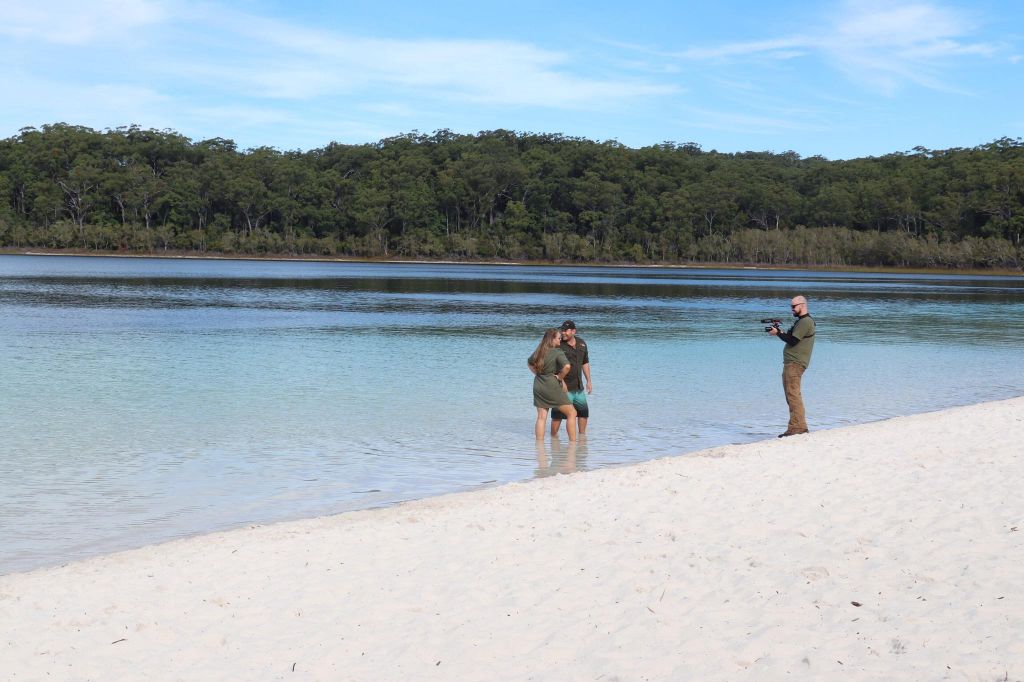 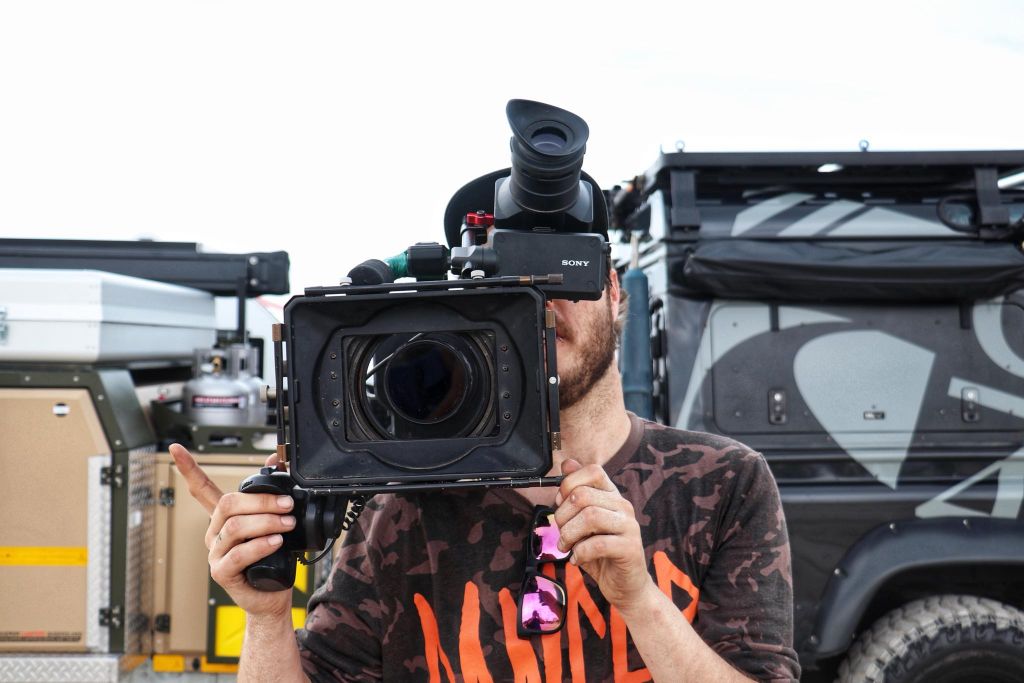 So what’s it really like BEHIND THE SCENES filming for a television show?

Well we’ve gotta say it was totally loads of fun. These guys and gal were super professional but also very relaxed to work with and we had a blast learning a thing or two.

Our family had the absolute best time over the 8-9 days filming with Camper Trailer Lifestyle. The presenters Alicia, Borgy and Macca are not only very knowledgeable, but best of all they are completely down to earth. Producer, Dave and cameraman, Luke, were so welcoming and patient with the whole family and put us completely at ease. The sponsors were also amazing and happy to answer any of our questions (not to mention provide cafe style coffee from the machine on the side of the Defender). It was awesome to spend time with such a great bunch of people and as each day of exploring came to an end there were certainly plenty of laughs and good times shared around the campfire.

Willow does his best Russell Coight impression around the fire

…AND THAT’S A WRAP

Essentially our family walked away from this experience with some newfound mates and some life long memories, so a massive thanks to all those involved. The cast, crew and entire filming experience completely exceeded our expectations and we loved seeing our Camper Trailer Lifestyle adventure over the three episodes that aired on television.