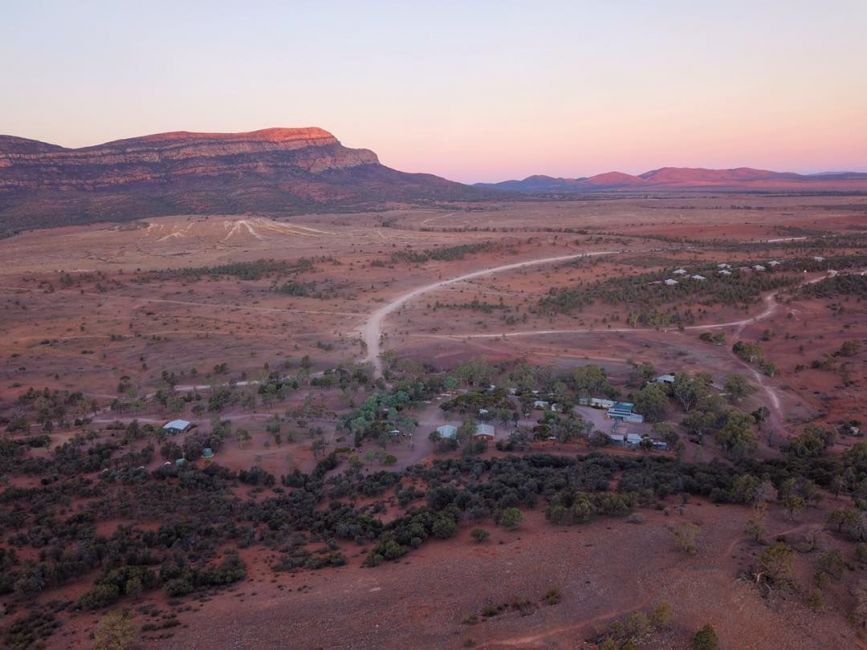 For our visit to the Ikara-Flinders Ranges we chose to camp at Rawnsley Park Station which was first settled as part of Arkaba Station in 1852. Arkaba, Wilpena and Aroona were the first pastoral leases settled in the Central Flinders Ranges. The initial pastoral leases were granted for a period of 14 years by the Colony of South Australia for what was then known as “unoccupied waste lands”. Since those early days the station has undergone a journey from pastoralism to tourism. These days at Rawnsley there are self contained units, eco villas, powered and unpowered camping options, a shop, restaurant and even a pool to refresh after a hot day exploring the Flinders Ranges. Also the camp kitchen is pretty fantastic. 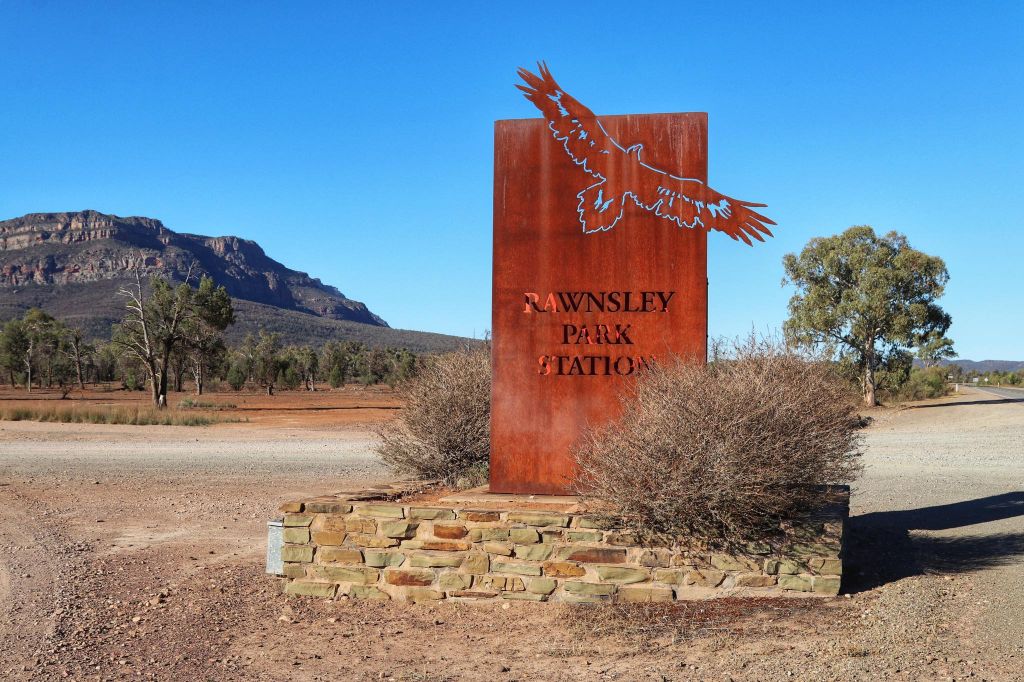 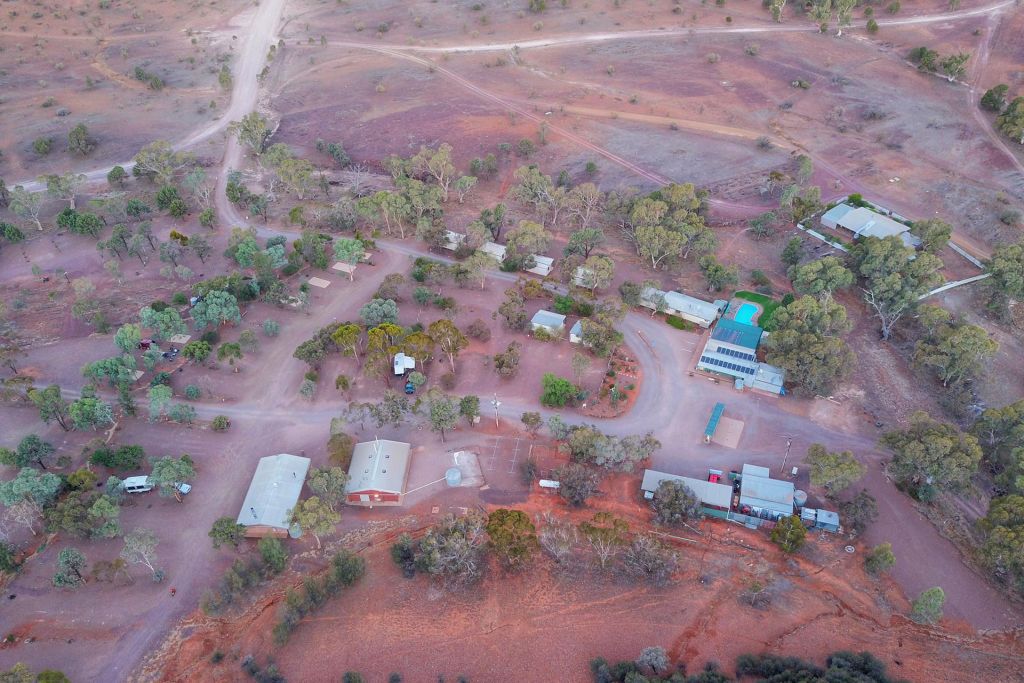 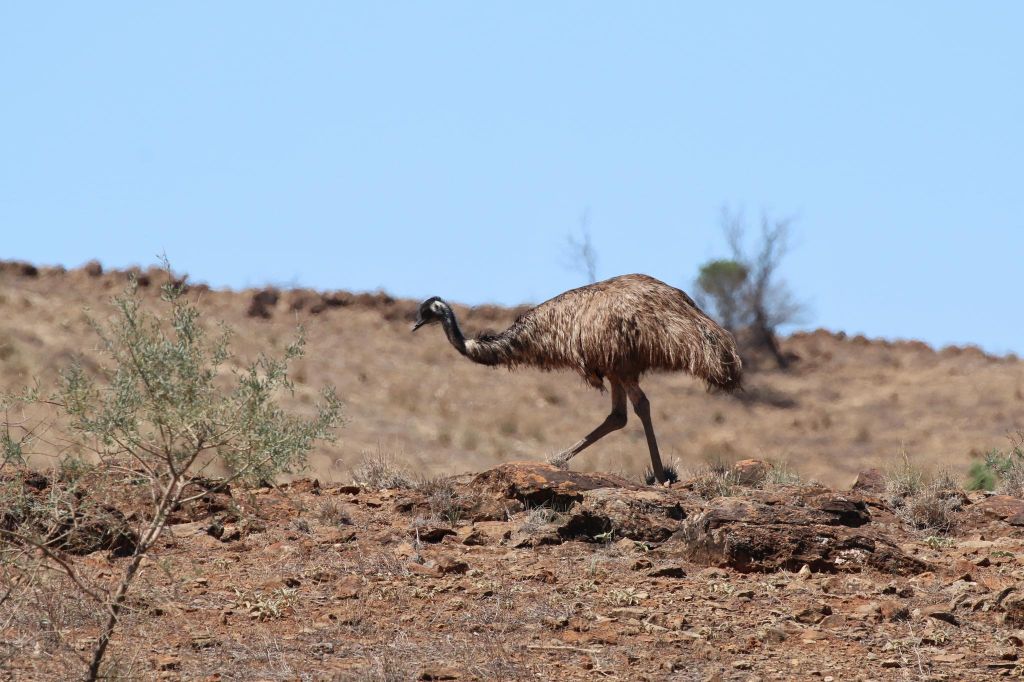 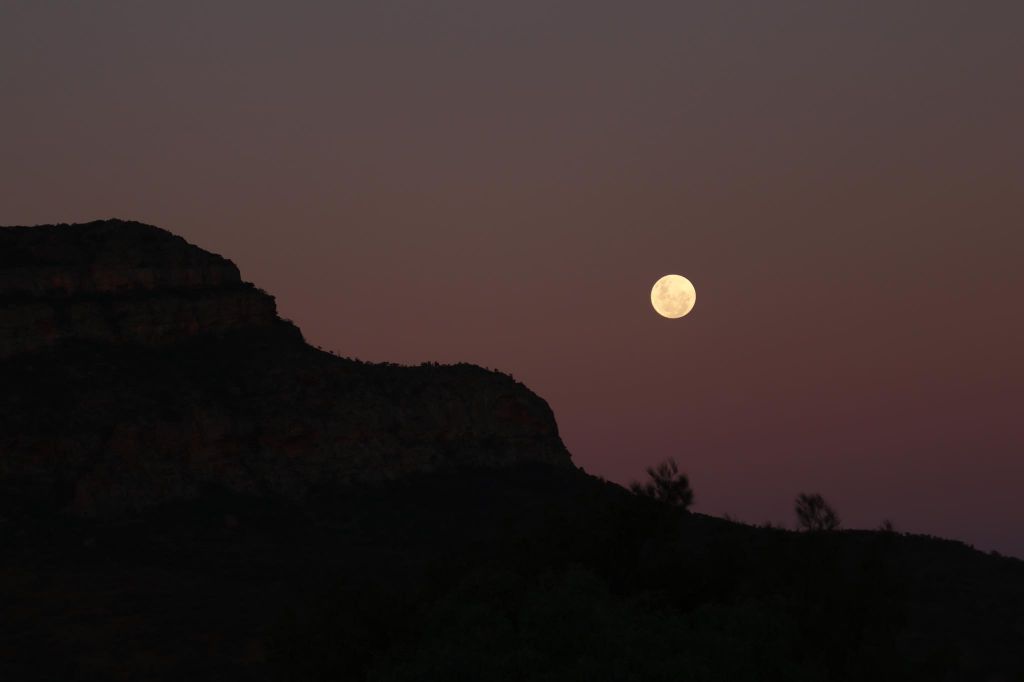 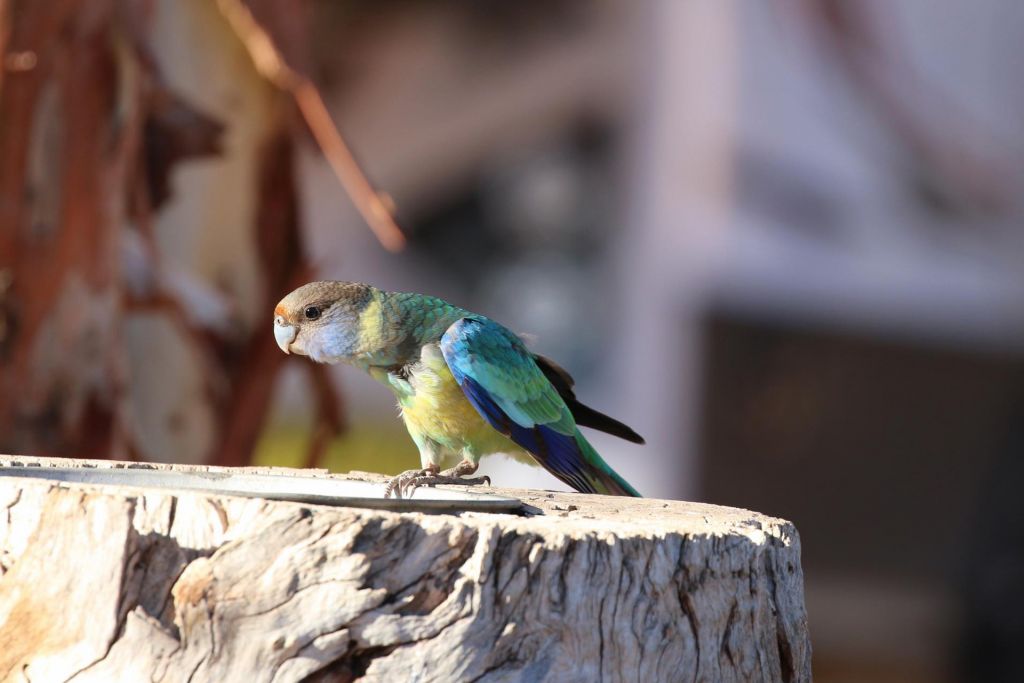 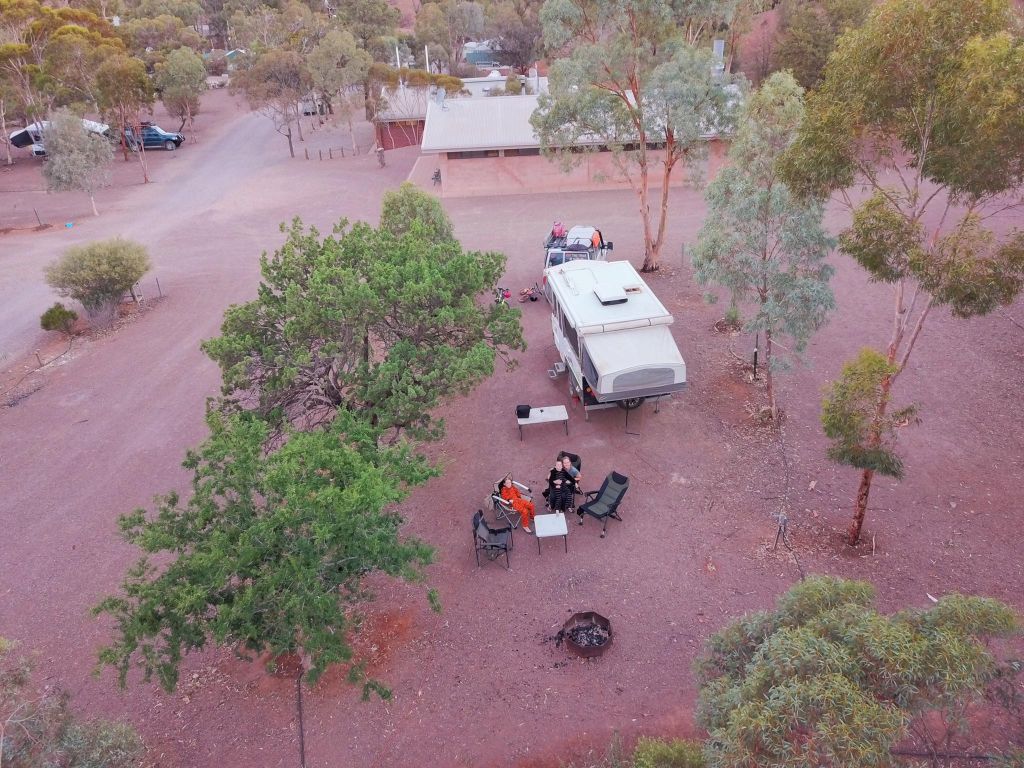 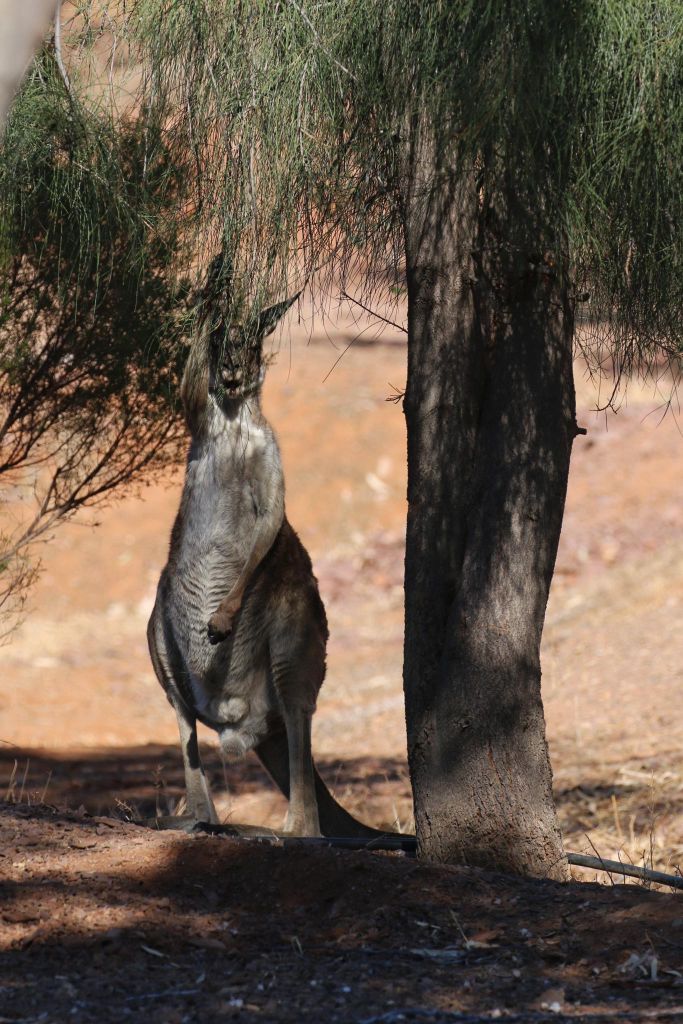 We had the opportunity to chat with the new managers James and Melissa who’ve only been there a month and they were both lovely and welcoming. We couldn’t help but think how lucky they are to have such a helluva a backyard. 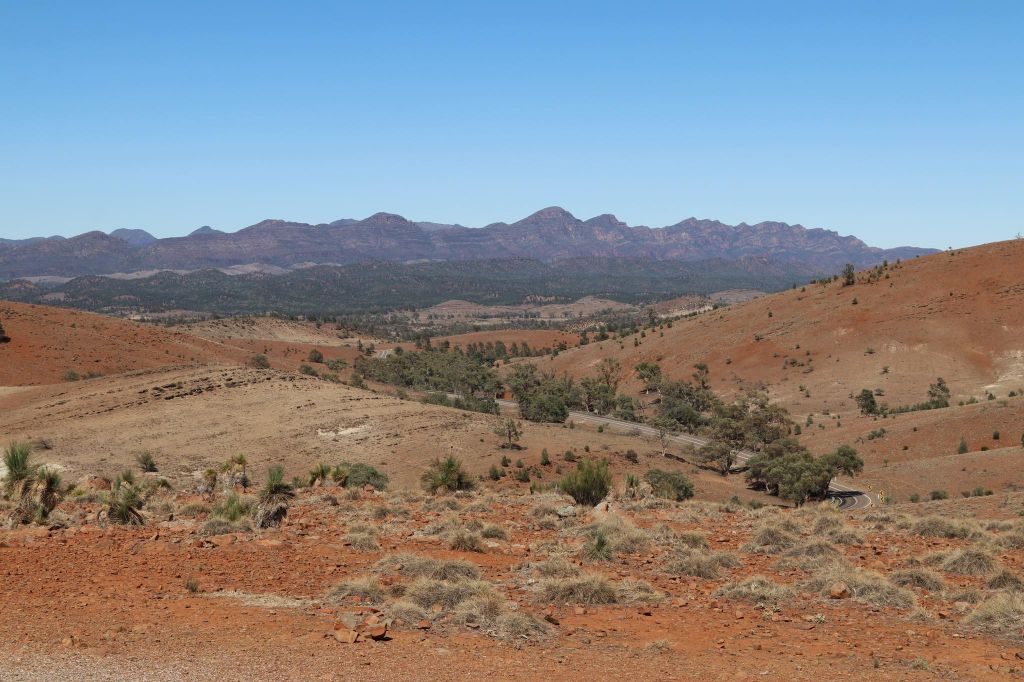 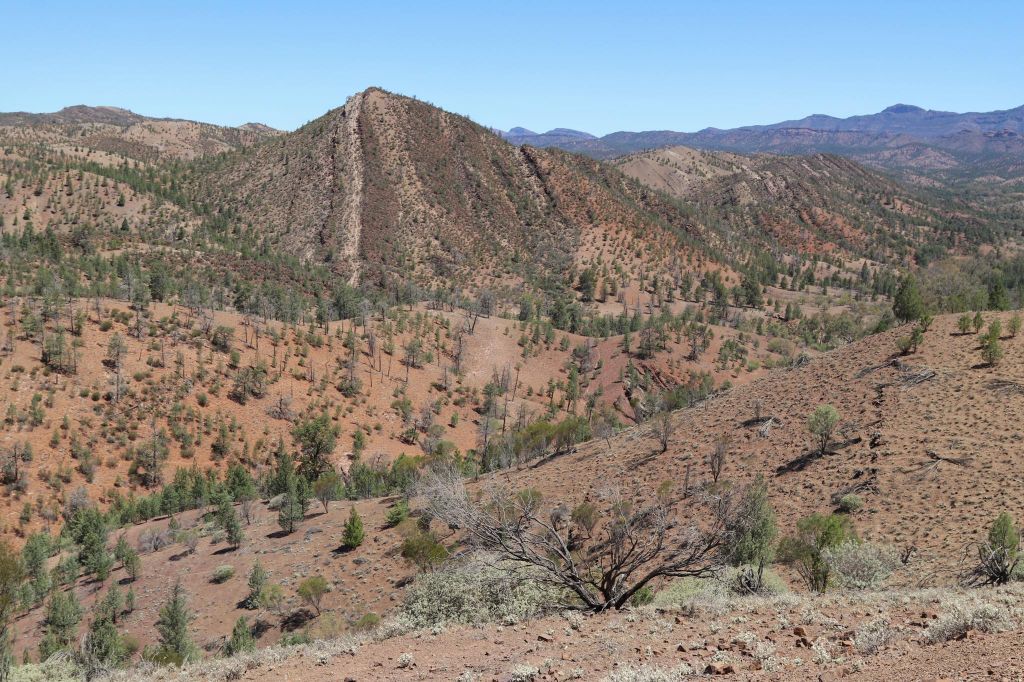 We used Rawnsley Park Station as a base to explore the ancient landscape of the Central Flinders Ranges. We expressed awe at Wilpena Pound which is a natural amphitheater of mountains 17km long and 8km wide. We saw abundant wildlife including kangaroos, emus and wedge tailed eagles (an up close encounter of that at the bottom of this page for those that aren’t squeamish). 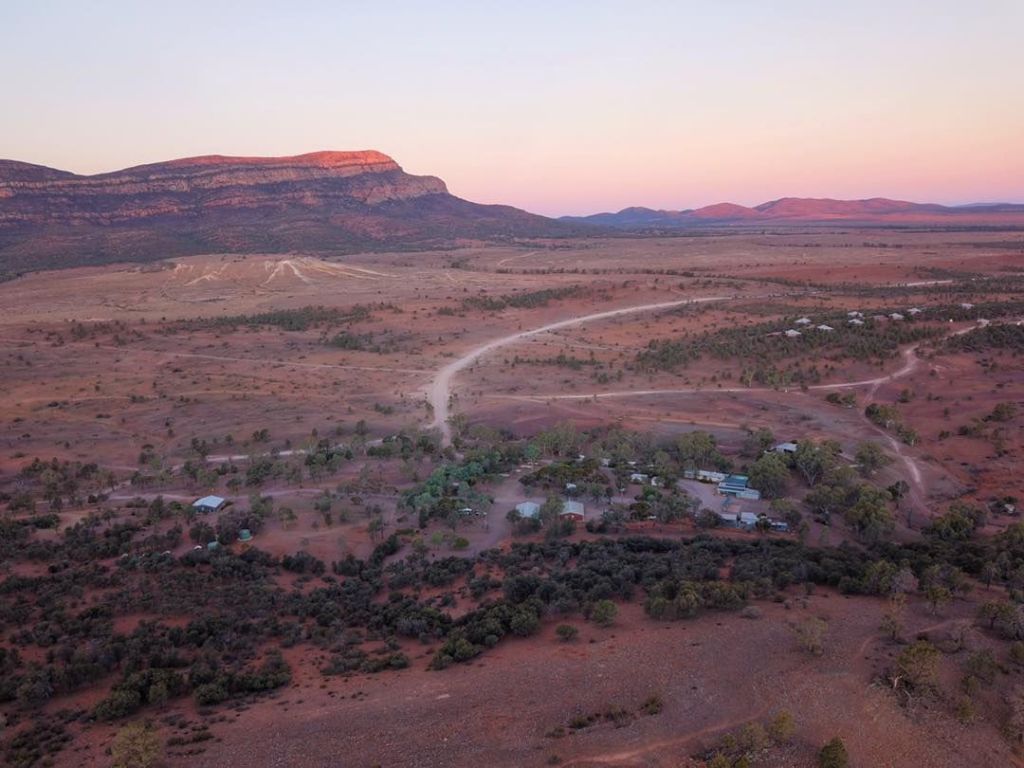 We also visited Brachina and Bunyeroo Gorges. The landscape reveals the sedimentary layers of an ancient seabed that has been uplifted and folded into the Flinders Ranges of today. We saw some of the oldest rock formations in the world including Australia’s very own “Great Wall of China.”

And whilst it’s not something we can convey in any photos it’s gotta be said that there is a sense of solitude or quietness to savour when visiting this place which will simply leave you feeling at peace. 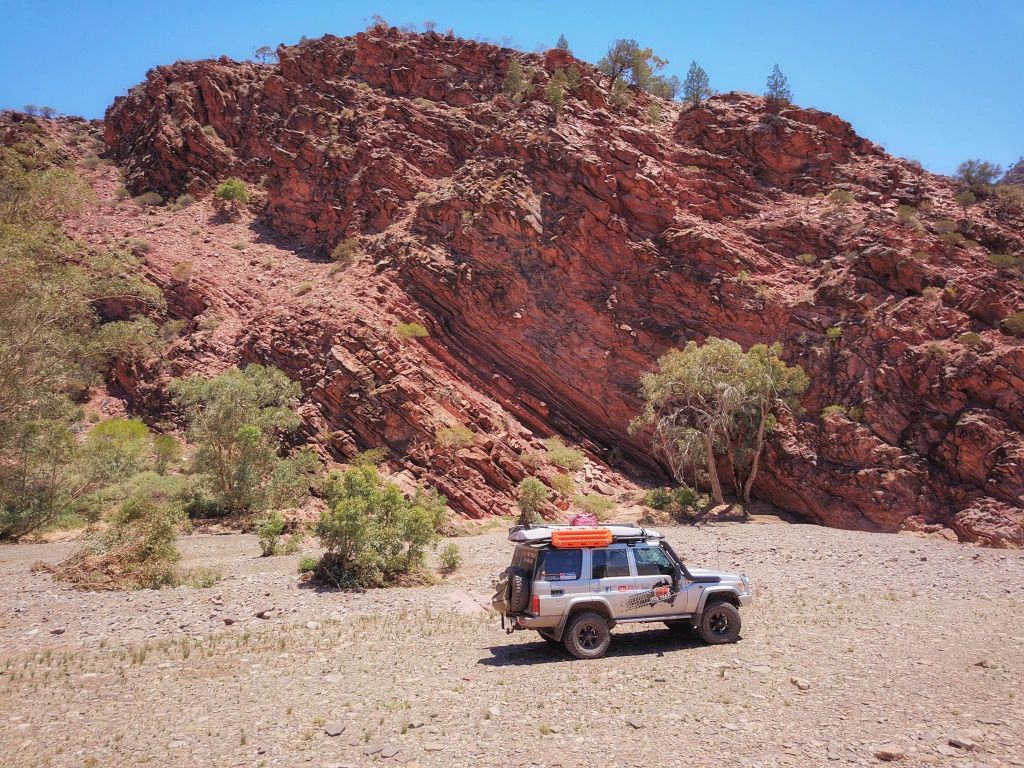 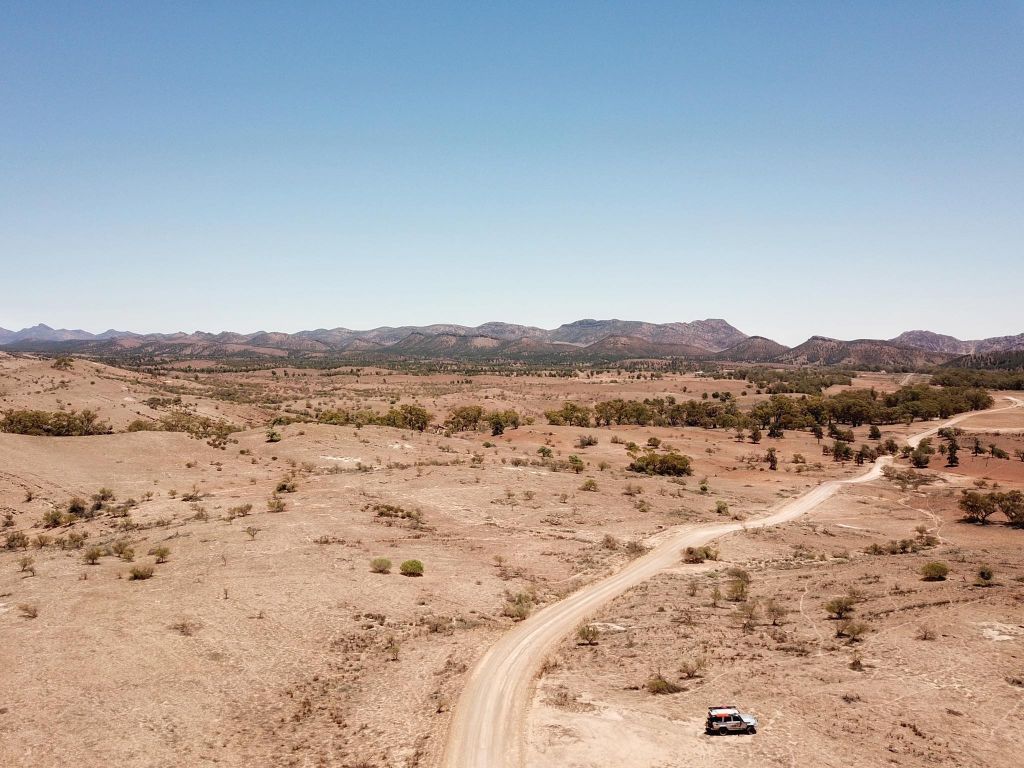 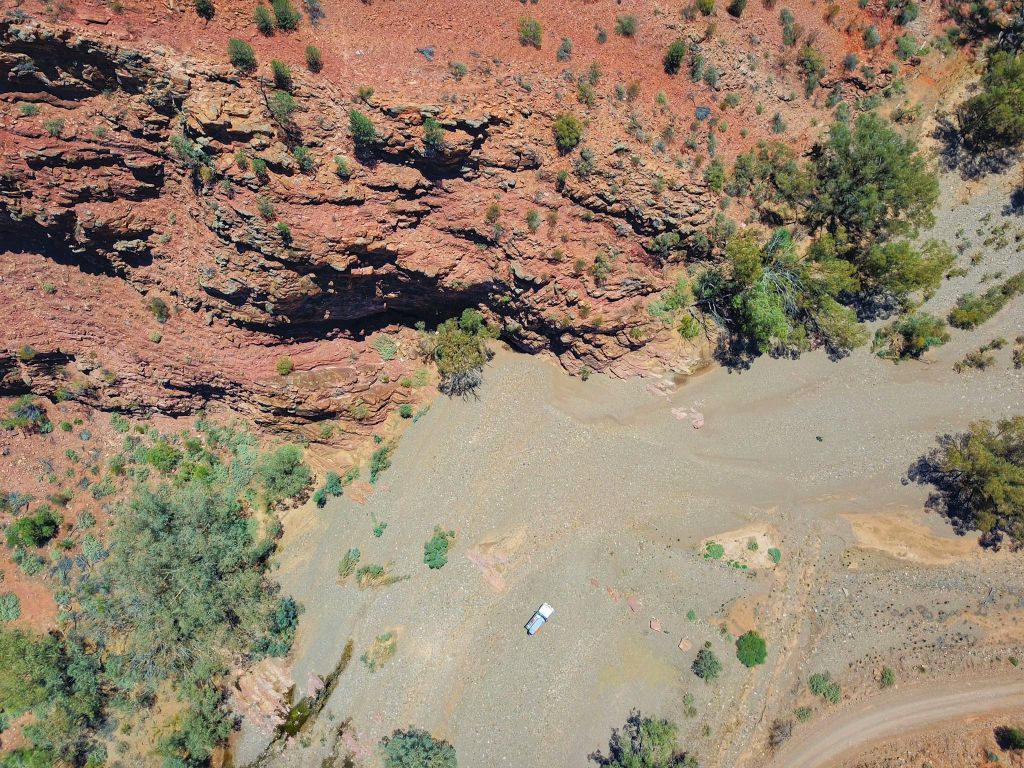 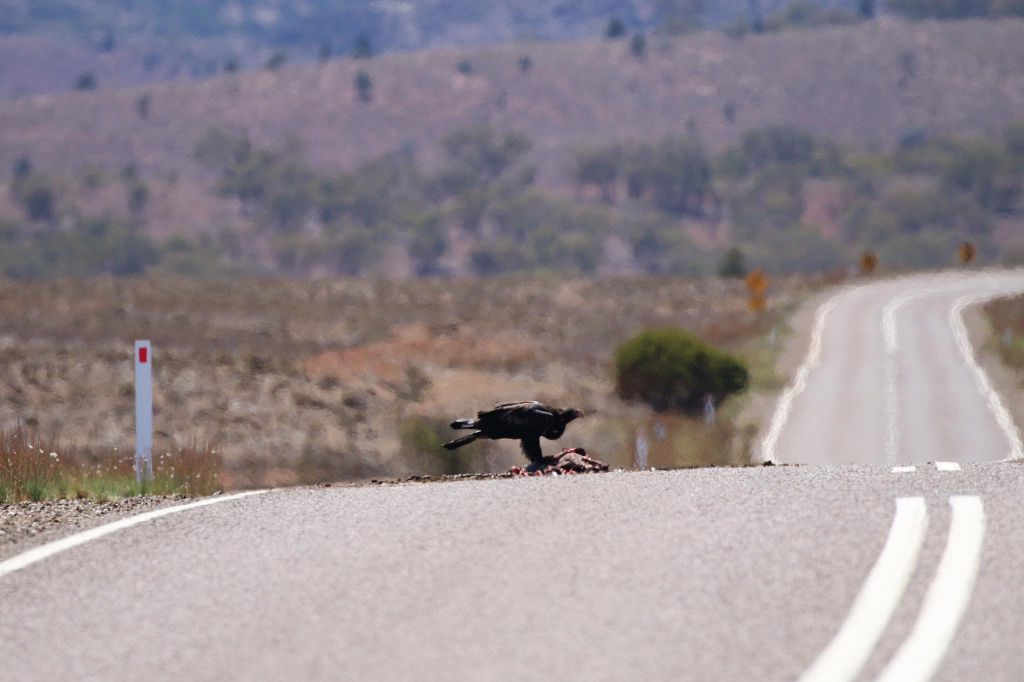 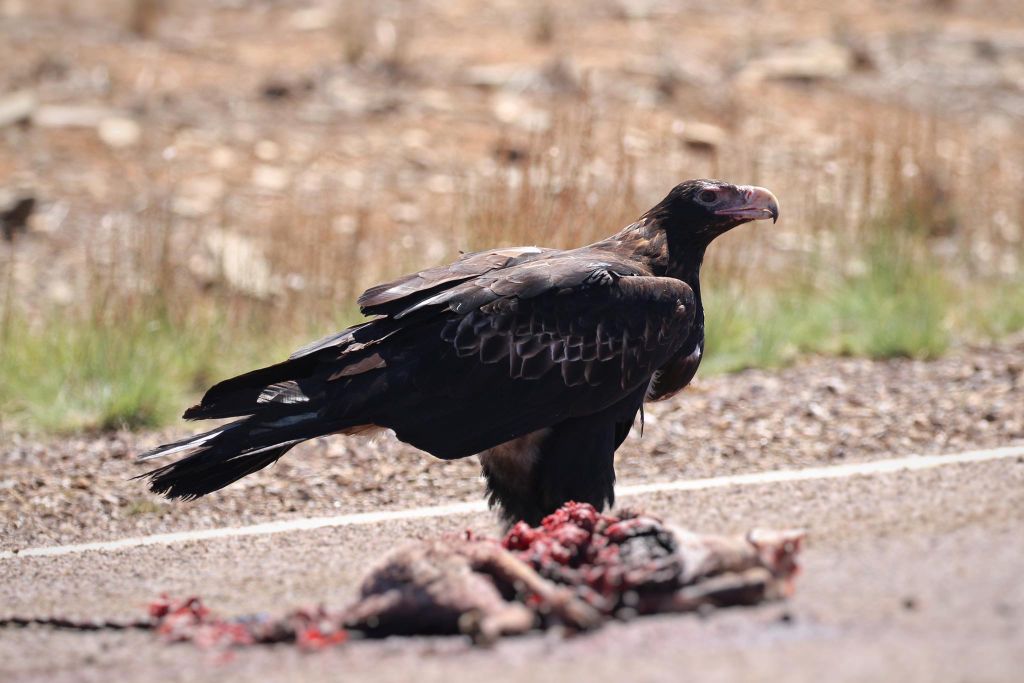